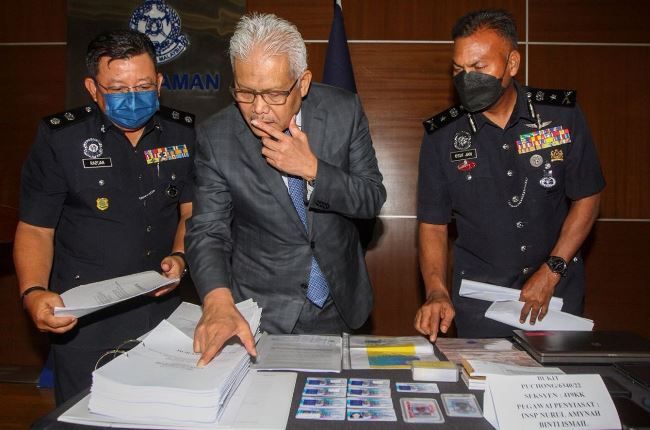 THE STAR – The president of Parti Perpaduan Rakyat Sabah has been detained for allegedly being the mastermind of an identification document scam syndicate, said Datuk Seri Hamzah Zainudin. The minister said the political party president, identified as Mohd Arshad Abdul Mualap, 48, was detained along with another man – Mohamad Amkah Ahmad, 46, – in Subang Jaya on June 22 and they were charged in court on Thursday. More details in Friday’s Borneo Bulletin.