UPI – A British man who donned a unicorn costume to run the London Marathon earned a Guinness World Record for the fastest marathon dressed as a mythical creature (male).

Jeremie Maillard of Harrogate, North Yorkshire, dressed in a unicorn costume and ran the London Marathon with a time of three hours, 26 minutes and 38 seconds.

Guinness World Records confirmed in a tweet that Maillard earned the record for fastest marathon dressed as a mythical creature (male).

The previous record was set by Australian runner Alistair Kealty, who donned a Bigfoot costume and ran the Waterford Viking Marathon in Ireland with a time of three hours, 44 minutes and 48 seconds.

Maillard said his costume was inspired by his daughter’s love of unicorns. 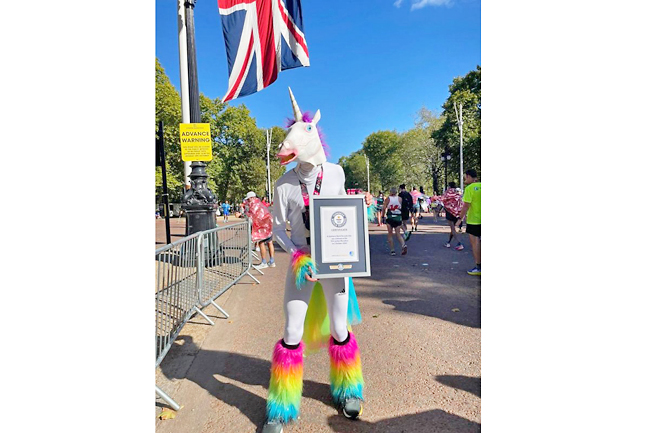