The Maulidur Rasul assembly at the national level for 1444 Hijrah was held at Omar ‘Ali Saifuddien Mosque in the capital yesterday.

The event began with the recitation of Surah Al-Fatihah by the Minister of Religious Affairs, followed by Dikir Marhaban by officers and staff of the Ministry of Transport and Infocommunications and 21 cannon shots fired in the capital. 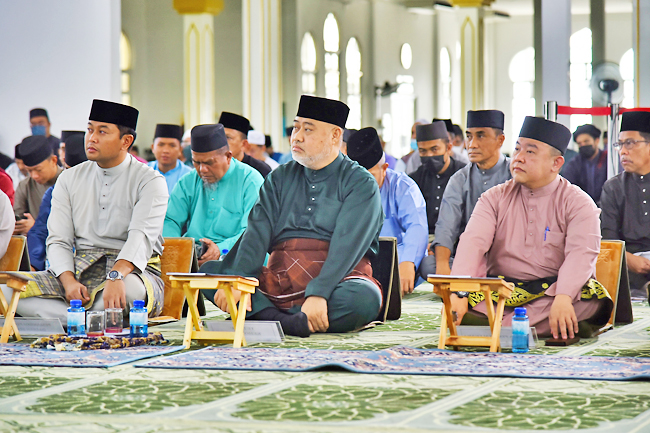 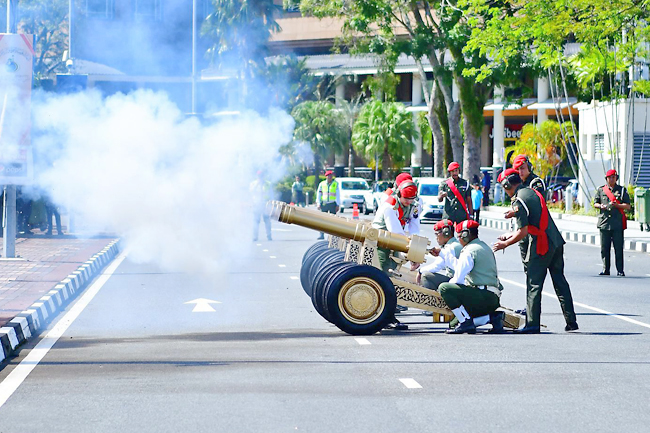 A religious talk by assistant lecturer at Religious Teachers University College of Seri Begawan (KUPU SB) Haji Abdul Rahman bin Haji Ajak highlighted the Day of Judgement, and the importance of performing pious acts and the benefits they reap on Judgement Day.

He also spoke about Syafa’at rendered by Prophet Muhammad (pbuh) on the Day of Judgement to his ummah.

It began with the recitation of Surah Al-Fatihah and Sayyidul Istighfar, led by the minister.

It proceeded with the recitation of Selawat Tafrijiyyah by religious teachers from the Islamic Studies Department in the district.

In the Belait District, the event was held at Muhammad Jamalul Alam Mosque. Minister of Culture, Youth and Sports Dato Seri Setia Awang Haji Nazmi bin Haji Mohamad was among the attendees.

The ceremony proceeded with the recitation of Selawat Tafrijiyyah and concluded with Doa Selamat, led by Haji Aminnorddin.