The event saw the involvement of 1,708 participants from Mukim and Village Consultative Councils, primary and secondary schools along with students from higher educational institutions throughout the country.

The event was held in conjunction with His Majesty’s 76th birthday celebration. 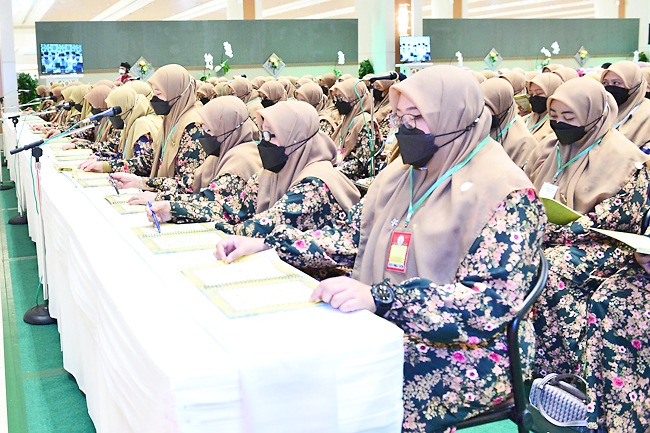 It continued with a reading of the Takhtim and Tahlil by religious officers and teachers from Islamic Studies Department (JPI) and Mosque Affairs Department followed by recitation of Doa Khatam by Muhammad Hasif Hasbullah bin Mohamad Sahrul from STAR.

The event concluded with Dikir Marhaban by mosque affairs officers, female officers and religious teachers from JPI as well as Doa Selamat read by the State Mufti.

Apart from celebrating His Majesty’s birthday, the annual Khatam Al-Quran was aimed at upholding the monarch’s aspirations to see Brunei become a Zikir Nation with high Al-Quran literacy.