The grand parade then proceeded with the slow and fast march-past, carrying His Majesty’s and the RBAF’s regimental flags, followed by a march forward.

His Majesty then delivered a titah, followed by the resounding of ‘Daulat Kebawah Duli Tuan Patik’ three times to enliven the celebration with the RBAF’s ardent spirit. 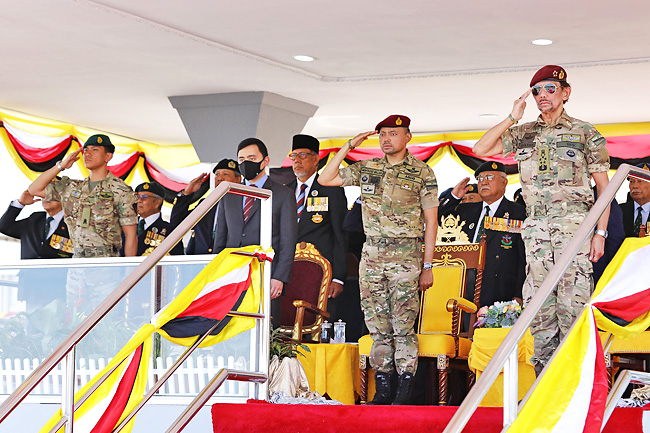 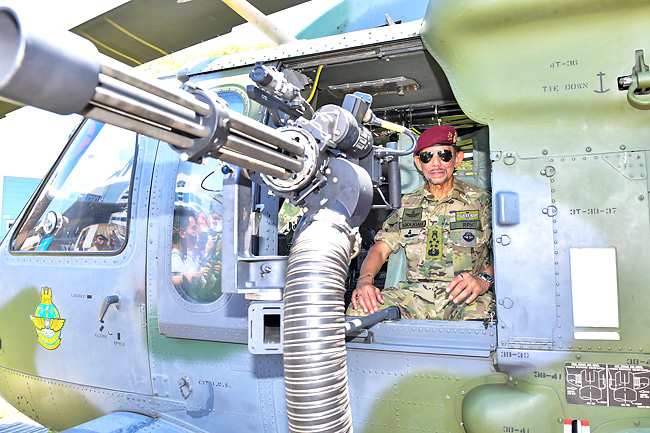 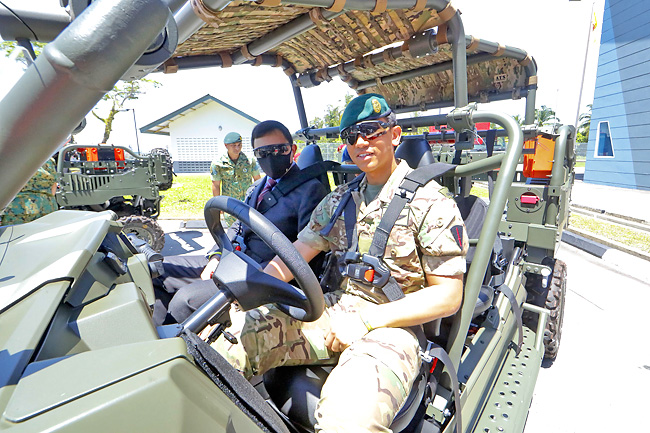 At the end of the parade, His Majesty once again received the royal salute, followed by the RBAirF helicopter’s fly-past and RBN sail-pass with KDB Darulehsan, KDB Afiat and KDB Serasa.

His Majesty and members of the royal family then proceeded to the static display exhibition at the Naval Training Centre (NTC), presented by various RBAF units, using the RBLF Light Tactical All-Terrain Vehicle.

The royal entourage viewed the exhibition by the RBLF and RBN, where His Majesty also attended the commissioning of the RBN Kastila Simulation Centre for the Full Mission Bridge Simulator (FMBS) and viewed a static display on defence diplomacy by the Directorate of Intelligence, MinDef.

His Majesty and members of the royal family then headed to Nakhoda Hall for a get-together with the RBAF’s junior non-commissioned officers (JNCOs); and were introduced to officers and personnel who have completed their missions in the International Monitoring Team (IMT), Independent Decommissioning Body Verification, Monitoring, and Assistance Team (IDB VMAT) and in the United Nations Interim Force in Lebanon (UNIFIL) with Malaysian Battalion (MALBATT).

The royal entourage then viewed the exhibition of static displays by the RBAirF and the launch of the RBAirF’s No 39 Squadron Unmanned Aerial System (UAS).

His Majesty also visited the Warrant Officers Mess of the RBN Chief Petty Officer and Petty Officer to attend a get-together with the RBAF’s senior non-commissioned officers (SNCOs).

Finally, His Majesty and members of the royal family headed to the RBN’s officer’s mess for a cake-cutting ceremony and a luncheon.

This year’s theme ‘Together in Accomplishing the National Vision’ was the manifestation of the RBAF as an organisation making headways, united in its loyalty to the monarch and the country, constantly embedding noble values to reach the country’s vision together.