DIYARBAKIR, TURKIYE (AFP) – Bullet marks reveals the spot where a rights lawyer was shot in the head at the height of clashes in the southeastern Turkish city of Diyarbakir between Kurdish militants and security forces in 2015.

Much of the Kurdish-majority city of over one million had to be rebuilt after the street battles in which Tahir Elci, the president of the local bar association, died near a famous mosque.

But the wounds still fester as Turkiye heads into an election due by June from which the main pro-Kurdish party could be excluded.

And just last week, a top prosecutor asked judges to strip the HDP of government funding, leaving the party’s election campaign in limbo.

Orhan Ayaz, who was elected as Diyarbakir mayor in 2019 but never allowed to assume his post despite winning 72 percent of the vote said, “We have six million voters (in the nation of 85 million) and want a courageous candidate to support the Kurds.” 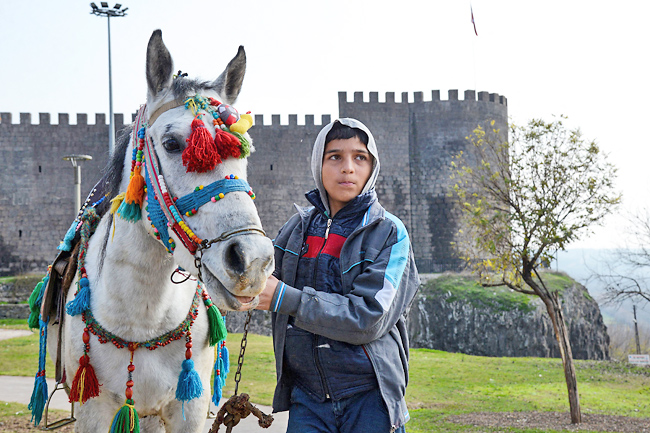 More than 60 other elected HDP officials have suffered the same fate with Turkish President Recep Tayyip Erdogan’s government accusing them of “terrorism” and appointing ruling party members to run towns and cities in their place.

Thousands of HDP officials and supporters are behind bars including the party’s former co-leader Selahattin Demirtas, an engaging speaker who ran against Erdogan in a 2016 election from jail.

Since the 1990s, nearly a dozen Kurdish parties have either been banned or have dissolved themselves in the face of prosecution.

The HDP won 12 per cent of the vote in a 2018 election, a share that could become disenfranchised should the party be banned by June.

The government accuses the party of “organic” ties to the PKK, a militia whose decades-long insurgency has seen it designated as a “terrorist” organisation by the United States (US) and the European Union.

The Turkish army has launched air strikes against the PKK and its Kurdish allies in northern Iraq and Syria in response to a November bombing that killed six in the heart of Istanbul.

Ayaz said, “these terrorism charges serve to criminalise the HDP, the PKK is a popular movement born of the pressure suffered by the Kurds. It did not fall from the sky”.

“We want a political solution. The military way is not a solution but you need a democratic system to silence the gun.”

The vote of Kurds, often described as the world’s largest people without a state has been decisive in past close Turkish elections.

One local businessman on condition of anonymity warned, “The Kurds will not vote for their enemy.”

“But they can remain neutral and that will be enough for Erdogan to prevail.”

Analyst Mesut Azizoglu said both the government and opposition parties fear being associated too closely with the Kurds heading into the vote.

The Tigris Social Research Centre (Ditam) think-tank president said, “the government, all governments, from beginning of the republic to today are afraid of the Kurds and all their policies are based on this fear”.

Azizoglu, who is Kurdish said, “our message is: don’t be afraid, we don’t want to separate from Turkiye but opposition leaders don’t want to be seen with Kurds either and their silence helps Erdogan”.

Abdullah Zeytun, 34, a lawyer with the Human Rights Association in Diyarbakir, fears rising tensions during the election campaign.

“This government does not tolerate the slightest criticism,” said Zeytun, who finds himself embroiled in more than a dozen court cases linked to politics.

“There has never been a Kurdish problem in Turkiye and certainly not in Diyarbakir” he said, welcoming “competition between parties”.

But a veteran columnist for the Tigris daily, Naci Sapan, is pessimistic.

“If we compare today to the 1980s, it’s worse on all fronts: economic, social, political,” he said.

“Today, journalist or citizen, we have no chance of defending our rights,” he said, pinning his hopes on younger Kurds who will voting for the first time next year.

“They are the most affected by government policy, it should mobilise them. They are the drivers of change,” he said.