Rise of the ‘Phoenix’

PUCHONG, MALAYSIA (AFP) – Malaysian wrestler Nor ‘Phoenix’ Diana executes a spectacular aerial manoeuvre, then wraps her arms around her opponent and slams her down in the ring as hundreds of spectators cheer.

Hijab-wearing Nor Diana is spearheading attempts to break down the gender barrier in the niche, male-dominated sport in Malaysia.

The diminutive 23-year-old’s charisma and agility against not only women opponents but also men have won her acclaim from many fans, but she remains the country’s only full-time woman wrestler.

“For women to be the main event of the show it’s very, very difficult,” Nor Diana – a pseudonym because she prefers not to reveal her true identity – told AFP after a recent fight in Puchong, just outside the capital Kuala Lumpur.

“Some fans don’t give 100 per cent, they go for toilet breaks during female rounds. They don’t really see us at the same level as the guys.”

Wrestling competitions in Malaysia are similar to the style adopted by World Wrestling Entertainment (WWE) in the United States, but on a much smaller scale. 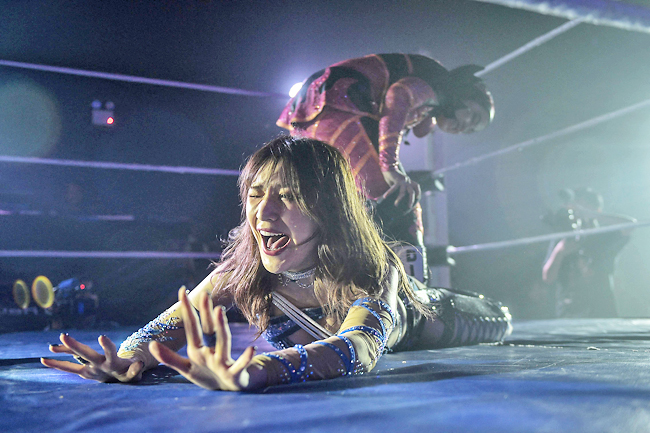 Like WWE, the Malaysian version is as much theatre as sport, as players compete in matches ending in predetermined outcomes.

But while there are dozens of women wrestlers in WWE, Nor Diana is the only one in the Malaysia-based APAC Wrestling, despite the organisation’s attempts to bolster the number.

She started training in wrestling in 2015 – following a teenage dream – and made her debut a few months later.

Being a woman has not been the only barrier – she was told by many in the past that she couldn’t be a wrestler because she is Muslim and wears a hijab.

More than 60 per cent of Malaysia’s 33 million people are ethnic Malay Muslims and, while the form of Islam followed is generally moderate, society can still be conservative.

But the ‘Phoenix’ has risen above the challenges and soldiers on with her family’s full support.

Over a two-day tournament held by APAC Wrestling in December, men and women fighters from four countries battled it out in front of 300 screaming spectators in one of the biggest wrestling showcases in Malaysia yet.

The 155-centimetre-tall Nor Diana took down Australia’s much taller Steph De Lander to grab the women’s champion belt.

The Australian said the sport can be daunting for women.

“You have to feel the fear and do it anyway. You got to feel it and then throw it away, jump forward and just take the leap,” she said.

The sight of women wrestlers executing their suplex moves and headlock takedowns also serves as motivation for other women.

“I’m not a major fan of wrestling but to see them on stage, it brought out the feeling that women can do anything,” said 26-year-old spectator Syarifah Amin.

He laments that some fans view women as just props to “fluff up the wrestling show”.

“We need to take away the perspective that women wrestling is just for eye pleasure. We should take them seriously as well, that they can put on amazing matches,” he said.

Nor Diana is hopeful that more women will take up wrestling.

“I want to show that wrestling is just like any sport,” said Nor Diana, who hopes to join WWE one day.

“You have men and women in badminton. Wrestling is the same thing.”