On arrival, His Majesty and members of the royal family were greeted by Minister of Culture, Youth and Sports Dato Seri Setia Awang Haji Nazmi bin Haji Mohamad.

Prior to the expedition, His Majesty signed a framed jersey, received a pesambah and joined a photo session with the event committee at Taman Haji Sir Muda Omar ‘Ali Saifuddien. 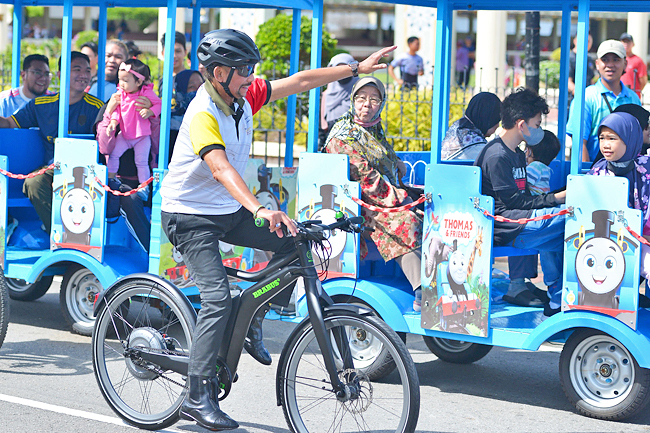 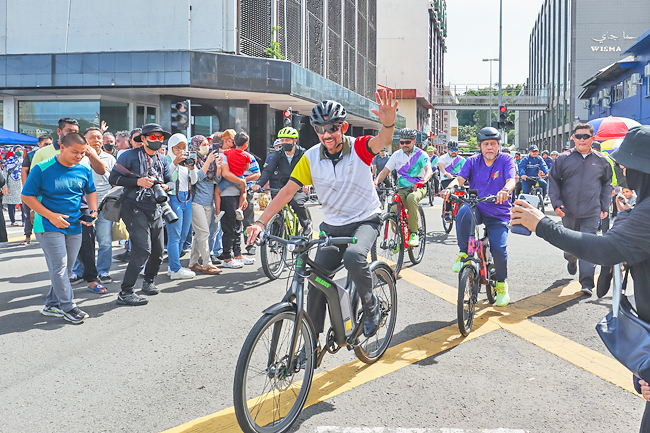 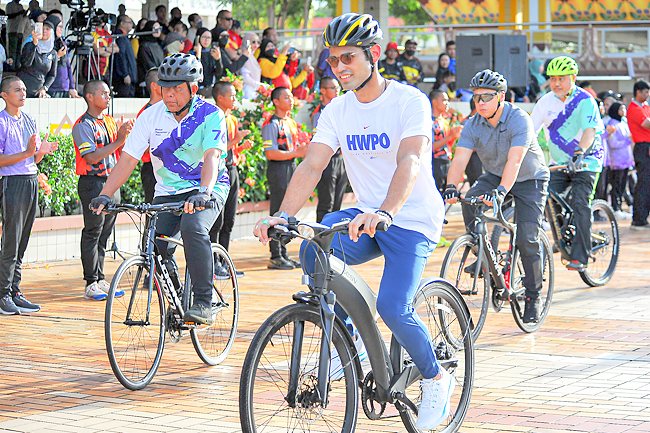 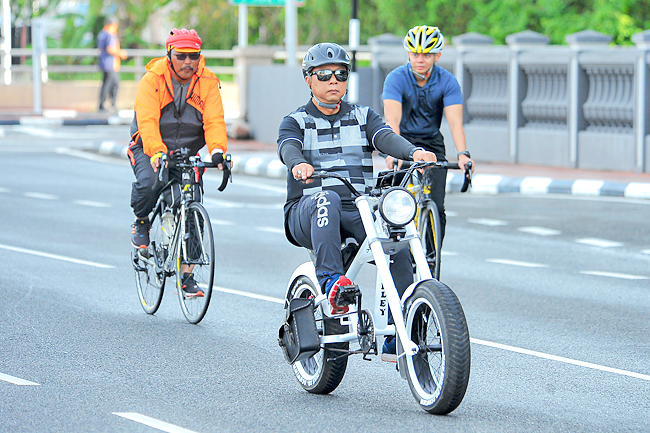 His Majesty and members of the royal family, as well as participating cyclists, travelled 1.9 kilometres through the heart of the capital, passing Jalan Pretty, Jalan Elizabeth 2, Jalan Stoney, Jalan Tasek, Jalan Kianggeh and Jalan McArthur, before concluding the ride at the newly-launched Brunei Energy Hub Dermaga Diraja.

Among the participants was Political Attache at the Vietnam Embassy in Brunei Darussalam Tran Nguyen Thanh, who said, “It was my first time participating in such an event. It was an honour to ride with His Majesty and members of the royal family.”

Due to restrictive measures to counter the COVID-19 outbreak in the past two years, “there hadn’t been much activity”, he said. “That’s why I was really excited about this cycling event.

It was a sentiment shared by other members of the Diplomatic Corps.”

Haji Abu Bakar bin Haji Abdullah, a marshal for the event, said the event served as “an opportunity for people from all walks of life to cycle with His Majesty while maintaining a healthy lifestyle”.