PARIS (AFP) – It was used to build the Great Wall of China and Spain’s mediaeval Alhambra Palace – and now earth is back in vogue as a building material.

Climate change has spurred renewed interest in the ancient technique which sees polluting concrete swapped where possible for earth.

For centuries, mud and clay were an abundantly available way to put a roof over one’s head, but earth’s environmental credentials are behind its modern-day resurgence.

“A kilogramme of cement emits a kilogramme of carbon dioxide (CO2). Whereas a kilo of earth emits none,” Xavier Chateau of the Navier Laboratory at the French National Centre for Scientific Research said. “If we could reduce by 25 per cent the volume of cement consumed globally it would be equivalent to negating the impact on the climate of all air transport,” he estimated.

Known as rammed earth construction, the practice dates at least as far back as the Neolithic era. It involves compacting certain soils into a mold, of sorts, to make building blocks or build up whole walls, layer by layer.

More than two billion people across some 150 countries live in buildings made of earth, according to a 2006 guide on earth building by French authors Hugo Houben and Hubert Guillaud. 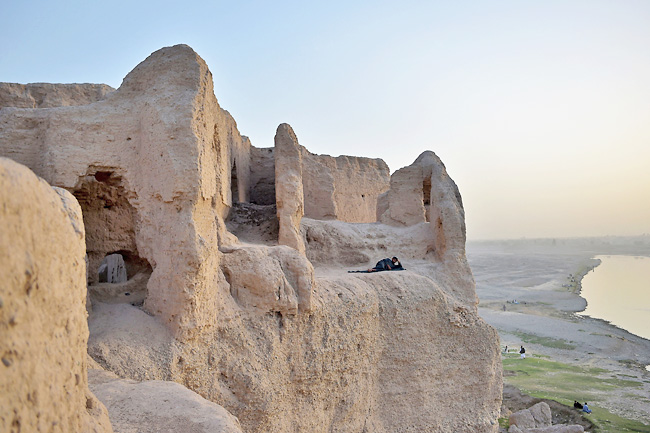 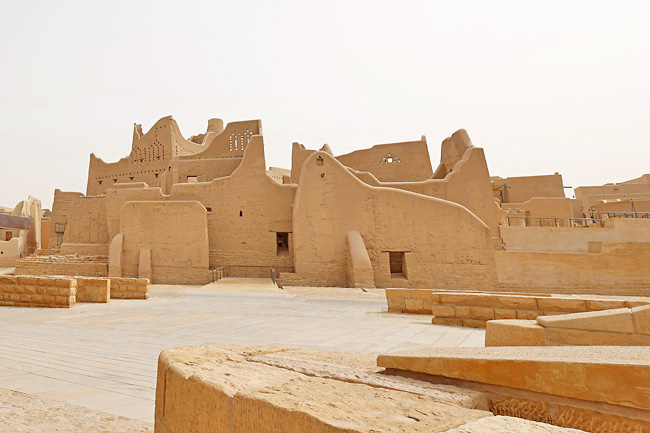 Advocates said it can help reduce reliance on concrete, which accounts for about eight per cent of global CO2 emissions.

Earth also has a high thermal capacity by self-regulating its humidity, is fireproof, non-toxic and can be completely recycled.

But it has downsides too, not least the cost, given the need to find builders qualified in ancient techniques.

Confronted with flooding, earth-constructed buildings need protection, as earth also has its weaknesses.

A four-storey rammed earth building crumpled in France’s southeastern Rhone region in November, while a house collapsed in the nearby department of Isere on December 22, according to local press reports.

Often substances such as lime or straw can be added to the earth to stabilise it and bolster its durability.

But purists see it as verging on heresy, in a country due to complete a 9,000-seat concert coliseum north of Paris next year using recycled excavated earth.

“It’s not the same material at all,” complained architect Paul-Emmanuel Loiret, who manages La Fabrique outside Paris where blocks and bricks of compressed earth are made from construction rubble.

Urging a “complete and rapid decarbonisation” of construction, he complained that European Union laws “impose on us materials 10 to 20 times more durable than those which we need”.

But, said Chateau, “In Africa, in Burkina Faso or Malawi, it’s become a kind of artisanal savoir-faire to stabilise raw earth with cement at the foot of the building to solve the problem of water” encroachment.

The site, in the western village of Schlins on the Liechtenstein border, creates foundations, floors and walls using chalk, clay, chopped straw, lime or gravel.

A machine pounds the earth which is compacted into a vast casing to produce 40-metre (m) long walls.

Once dried and cut to size, the blocks are sent off to be assembled.

“Given the ecological challenge and the problem of energy, huge demand is emerging for this material,” said environmentalist, entrepreneur and former potter Martin Rauch, who built the factory.

Architect Sami Akkach who works with Rauch said they use earth from the surrounding area, building and excavation sites.

“It must contain clay, gravel, angular rather than round so it really sticks,” Akkach said.

Rauch has several earth-constructed buildings to his name, including his home whose exterior walls include terracotta designed to act as a brake on rain and erosion, a throwback to ancient methods used in Saudi Arabia.

He said the factory boasts Europe’s longest earthen wall – at 67m – and he believes the demand is there for more projects using ram-med earth.

“The problem is there are not enough artisans and people are still too afraid of this natural material,” he said.

He added that hopefully people will realise that “earth structures will last for centuries, if they are built correctly”.