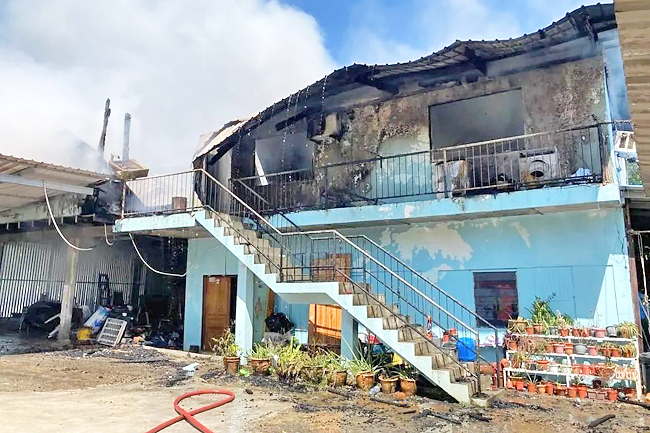 Residents were able to evacuate during a house fire without injuries on Saturday.

According to the Fire and Rescue Department (FRD), the upper floor of a double-storey house in Kampong Mata-Mata was engulfed in flames when firefighters arrived at the scene.

Nine firefighters from the Beribi Fire Station moved quickly to extinguish the fire and the situation was brought under control in 10 minutes, said the FRD.