Greece rescues hundreds of migrants in strong winds off Crete

ATHENS (AFP) – Greece’s coastguard yesterday rescued a fishing boat with up to 500 migrants onboard in strong winds southwest of Crete, a spokeswoman told AFP.

“The distress call said there are 400-500 people on board,” a coastguard spokeswoman told AFP, adding that the operation was hampered by near gale-force winds.

“They can see the boat, it’s adrift, there is a large number of people on board,” she added.

The coastguard said it had received the distress call shortly after midnight on Monday. Two nearby cargo ships, a tanker and two Italian fishing boats were lending assistance, it said.

Because of bolstered patrols by the Greek coastguard and European Union (EU) border agency Frontex in the Aegean Sea, migrant smugglers are increasingly employing the longer and more perilous route south of Crete, Greek officials said.

“Eighty per cent of flows from Turkiye go straight to Italy,” Migration Minister Notis Mitarachi told Skai TV last week. Last month, one of the sailboats believed to have 95 people on board sank at the island of Kythira, south of the Peloponnese peninsula. The boat went down beneath a huge vertical cliff. At least eight people died and survivors – mainly from Iraq, Iran and Afghanistan – were hauled to safety with ropes and a construction crane in a frantic pre-dawn operation.

Greece, Italy and Spain are among the countries used by people fleeing Africa and the Middle East in search of safety and better lives in the EU. The Greek coastguard has said it has rescued about 1,500 people in the first eight months of the year, compared with less than 600 last year. 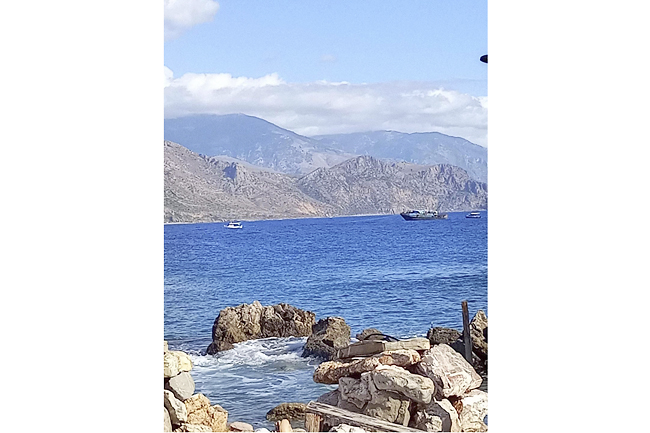