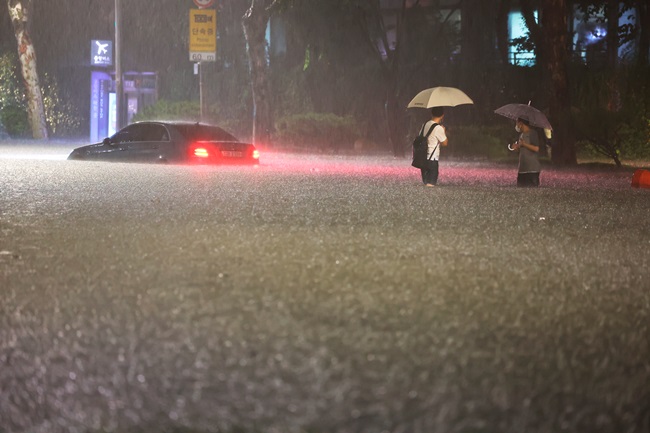 At least eight people were killed – some by drowning in their homes – and seven others were missing, while more rain was forecast.

Deserted cars and buses were scattered across streets as the water receded on Tuesday as workers cleared uprooted trees, mud and debris with excavators and blocked off broken roads and pavement. Landslide warnings were issued in nearly 50 cities and towns, while 160 hiking paths in Seoul and mountainous Gangwon province were closed.