MADRID (AFP) – Jon Rahm became the first three-time winner of the Spanish Open since Seve Ballesteros 27 years ago by cruising to a dominant six-shot victory in Madrid on Sunday.

The former world number one poured in eight birdies and an eagle in a brilliant nine-under-par 62 to finish well clear of second-placed Frenchman Matthieu Pavon.

The 27-year-old, who also won the tournament in 2018 and 2019, is only the second three-time champion of the tournament since it became a European Tour event, after Spanish great Ballesteros.

“Seve is a great hero of mine and to do something he took his whole career to do in just a few years is quite humbling, I’m not going to lie,” said Rahm. 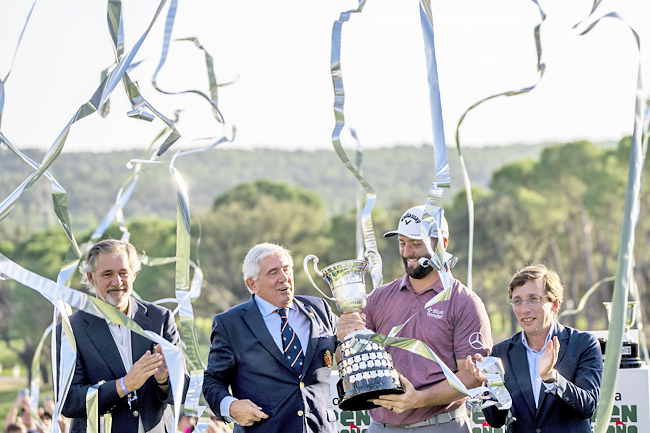