Queen’s coffin to return to London 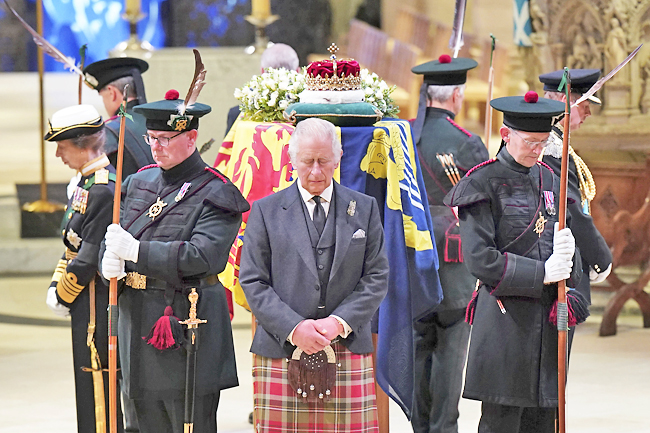 EDINBURGH, Scotland (AP) – King Charles III flew to Northern Ireland on Tuesday on the latest leg of his tour of the nations that make up the United Kingdom (UK), as thousands of people lined up through the night to pay their last respects to his mother’s coffin in Edinburgh.

On Monday night, Charles and his siblings, Anne, Andrew and Edward, their heads bowed, briefly stood vigil around their mother’s flag-draped coffin in St Giles’ Cathedral as members of the public filed past.