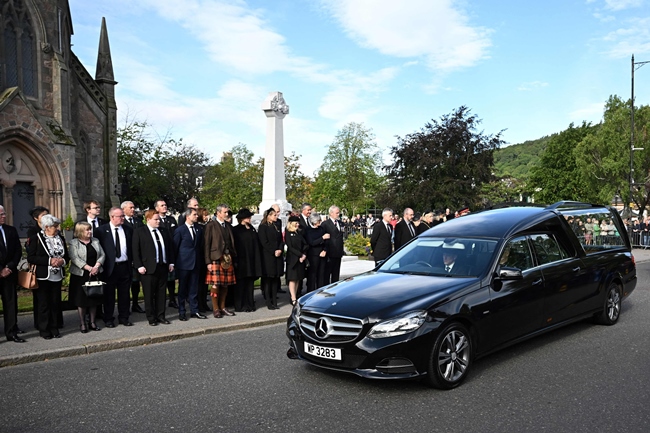 BALLATER, UNITED KINGDOM (AFP) – Thousands of mourners lined the route to pay their respects as Queen Elizabeth II’s coffin on Sunday headed from the Scottish retreat where she died to Edinburgh on the first leg of her sombre final journey.

A hush fell over the gathered crowd as the cortege carrying the queen’s casket exited the gates of Balmoral Castle at the start of an odyssey of mourning in the United Kingdom that will culminate in her state funeral in London on September 19.