TOKYO (AFP) – A 6.1-magnitude earthquake was detected off central Japan yesterday, shaking Tokyo and other cities, officials said, but no tsunami warning was issued.

The quake struck at 5.09pm off central Mie prefecture with a depth of about 350 kilometres, the Japan Meteorological Agency said.

There were no reports of damage or injuries and no abnormalities were detected at the Fukushima nuclear plants, according to public broadcaster NHK. The United States (US) Geological Survey also measured the quake at a magnitude of 6.1.

The Fukushima and Ibaraki prefectures, north of Tokyo, experienced stronger shaking on Japan’s seismic scale, despite the regions being hundreds of kilometres from the epicentre.

Shinkansen bullet trains and the Tokyo metro were halted briefly after the quake but have since resumed. 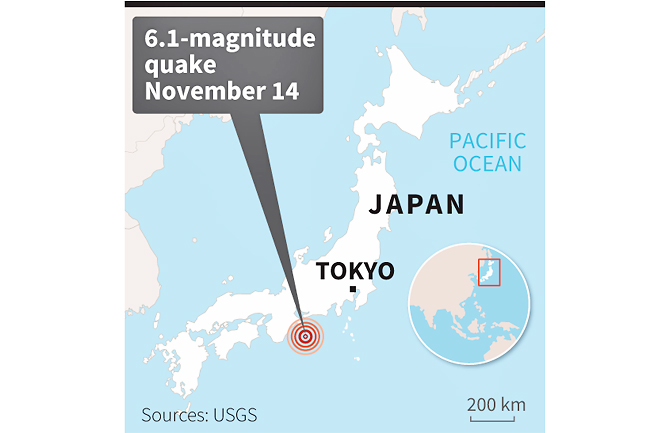