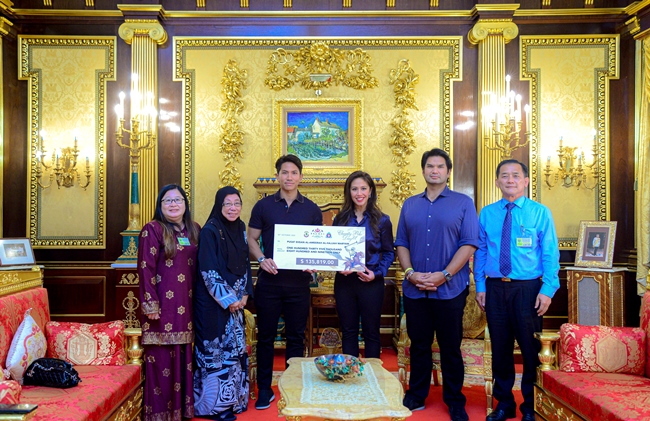 A total of BND135,819 in proceeds from the Charity Polo Day 2022 was donated to Pusat Ehsan Al-Ameerah Al-Hajjah Maryam during a ceremony at Istana Nurul Izzah on Tuesday.