Brunei Darussalam has a celebrated history and is closely associated with traditional sports, particularly tug of war, complementing an array of mainstream sports widely played and competed in the Sultanate.

Though interest among the younger generation mostly centres on popular sports such as football, futsal, badminton and more recently golf, it should not be ignored that tug of war has also received a good response.

While it is far from being known as a national sport, tug of war is one of the earliest sports to have been introduced since the country’s independence and boasts a special affinity with the people of Brunei Darussalam.

Recent times suggest that the popularity of the sport is not fading away anytime soon, as is notably evident with the participation among the youth in the recently-held Tug of War Championship in conjunction with the 76th birthday celebration of His Majesty Sultan Haji Hassanal Bolkiah Mu’izzaddin Waddaulah ibni Al-Marhum Sultan Haji Omar ‘Ali Saifuddien Sa’adul Khairi Waddien, Sultan and Yang Di-Pertuan of Brunei Darussalam.

The Brunei Darussalam Tug of War Association, the national governing body for tug of war, introduced a category specifically catered towards under-19 participants with a weight capacity of 500 kilogrammes (kg) for eight pullers. 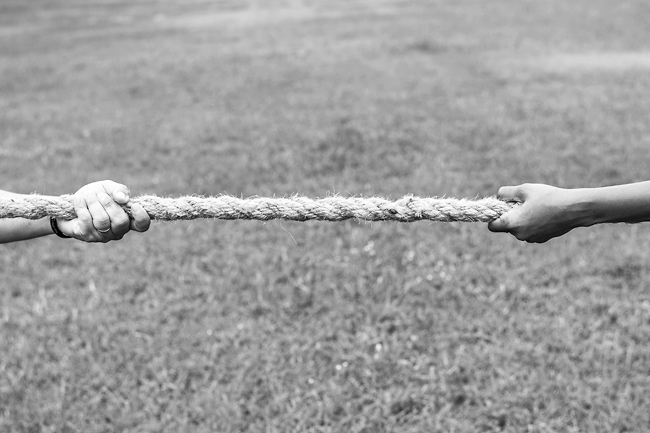 Mengkubau United won that category, illustrating that there is a pool of young competitors that could be developed and groomed for future overseas’ competitions.

The national tug of war scene was revived earlier this month following a hiatus for more than two years due to the COVID-19 pandemic.

Prior to this year’s edition, it was last hosted in 2019 with local club Chain Block reasserting their dominance after winning across various categories.

That year, the country was also represented in the international scene with local teams participating in the Putrajaya-Kuala Lumpur 2019 International Tug of War Club Championships.

Following the resumption of sport activities in the country, the association has stepped up efforts to further promote the growth and development of the sport.

Last May, the association held a briefing session with team managers at the Jury Hall of the Hassanal Bolkiah National Stadium.

During the briefing, the association explained charting a new pathway towards ushering a new era for tug of war matches. Among the interesting issues highlighted was the selection procedure of athletes and teams to represent the country at international level.

In acknowledging the changing of the times, the sport has also been expanded into an indoor version, which will perhaps help attract a wider audience of competitors.

As displayed during the recent competition, tug of war is a collective show of strength and perseverance as well as patience.

During a match, a rope used is measured by a specific length and diameter, thus the measurement at national level used during competition is six diameters or seven inches long. Each match involves two teams competing against each other, comprising eight or 10 pullers depending on the conditions of the competition with a weight limit capped on each category.

Players would have to pull the rope once the umpire signals to start, whereby each player would pull the rope backwards as hard as they can.

The tactics of the match lie in the positioning of the players, whereby the strength of the pull and defence is connected to the attention of their feet on the ground. In general, players with the most strength will be positioned at the back of the rope with the aim of holding the end of the rope while defending.

The match ends once the umpire declares that a team has succeeded in passing the middle line. More importantly, the sport is not only meant to find a winner or the strongest but also to establish loyalty, teamwork and goodwill among players.

This is what has been practised by past generations and can be followed by today’s youth.

Aspiring tug of war enthusiasts should be highly-spirited, possess a never-say-die attitude regardless of the circumstances and good discipline while also able to accept criticism openly and possess a high stamina.