THE WASHINGTON POST – My daughter was a high school senior when I first caught her skipping respiratory therapy. She has cystic fibrosis, and her treatment back then included using a nebuliser twice a day while wearing a life-preserver-like vest that shook mucous from her lungs.

Already hypervigilant about my daughter’s health, I began micromanaging her care after that. She was leaving for college in less than a year.

Could I trust her to manage her illness and avoid being admitted to the hospital? My fear wasn’t unfounded. Two of my friends had daughters who died of cystic fibrosis in their 20s.

Years later, I now know an occasional missed treatment wouldn’t have harmed her.

However, back then it felt like a betrayal of the 18 years of dedication my husband and I had put into keeping her well and a rejection of the values I thought we shared.

Managing a child’s chronic illness can be all-consuming for parents, especially in the years following a diagnosis, when the family must suddenly contend with doctors’ appointments, medical tests, drugs, therapies, hospitalisations, special diets, 504 plans, insurance and more. 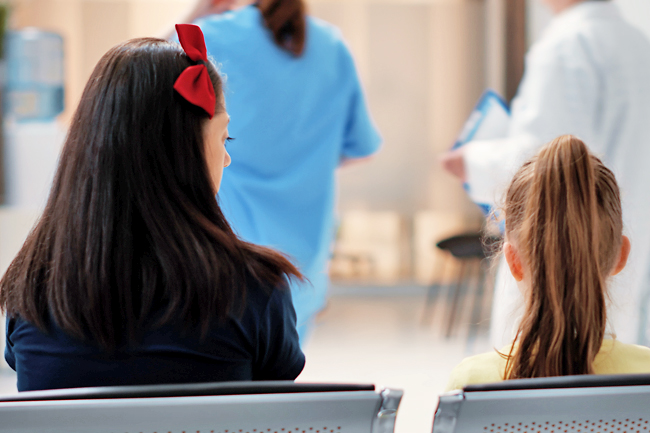 Then, after years of being in control, parents must hand off those responsibilities to their teenager as they head out into the world.

This transition to self-care can be challenging for the whole family, both logistically and emotionally, but with the right preparation and mind-set, it can happen with minimal bumps along the way.

Ten million to 20 million children and adolescents in the United States (US) have some form of chronic illness or disability, according to the American Academy of Paediatrics. This includes conditions like asthma, Crohn’s disease, celiac disease, cystic fibrosis, diabetes, epilepsy, irritable bowel syndrome and sickle cell disease.

The parents who often struggle most with the transition away from managing their child’s condition are those who have strictly adhered to the care regimen, said psychologist Carolyn Snell at the Cystic Fibrosis Centre and Pulmonary Division of Boston Children’s Hospital.

“Parents understandably get really anxious about teens taking this on. The instinct may be to lecture or yell,” she said.

Snell advised parents to aim for improvement over perfection when it comes to the more negotiable aspects of treatment and to work on accepting that their teen will not be 100 per cent compliant.

When navigating the handoff of care management, it helps to understand that adolescence is a time of testing limits, questioning authority, and identifying more strongly with peers.

Director of research for the Division of Adolescent Medicine at Children’s Hospital of Philadelphia Victoria Miller explained that in adolescence, kids are trying to figure out who they are, and “for these kids, figuring out how the chronic illness fits in with their identity is one of the big challenges”.

The teenage brain is wired more for risk-taking and reward-seeking, while functions like impulse control and anticipating future consequences are still developing through their mid-20s.

“It can be harder for teens to prioritise long-term responsibilities and goals like health, particularly when they’re competing with short-term goals like being with their friends,” Snell said.

To help parents ease their teen’s transition to self-care, the experts I spoke with had these suggestions:

INCLUDE YOUR TEEN IN DECISION-MAKING

Help your teen identify short- and long-term personal goals, then link aspects of their treatment regimen to those goals, Miller advised.

For example, if your teen wants to make the tennis team, keeping their asthma under control will help them on the court.

“Teens and young adults want support and guidance from their parents,” Miller said.

“Getting their opinions, seeing what they think, and starting from there is important.”

Treina Owen has a personal and family history of Type 1 diabetes. The Richmond, Virginia, mother of three believes she was diabetic as young as eight, but “officially, I had to be on insulin at age 17”.

When her daughter Kamryn, 21, was diagnosed with diabetes at age five, Treina and her husband, Anson, committed to managing her disease as best they could. They hoped to avoid the complications, such as loss of eyesight, that Treina developed as an adult.

“With Kamryn, the main thing was: Let’s try to do better,” Treina said. Their son, Karson, 11, was diagnosed in 2020 and learned by watching his mum and sister how to count carbs, check his blood sugar and inject insulin.

Thanks to advances in glucose-monitoring technology, he’s more self-reliant than his sister was at that age, though under close parental supervision.

The family problem-solves together when situations arise, like when Karson’s school lunch differs from the posted menu on which his carb counts were based. He now knows to text his mum a photo of his food.

Miller said helping teens be flexible with their health regimen serves such developmental needs as socialising and participating in extracurricular activities.

She added that talking through your thought process teaches teens better decision-making as they take on more responsibilities. Her research on Type 1 diabetes management showed “when youth are more involved in those discussions, they are more adherent to their treatment”.

As self-management and transition coordinator for the Inflammatory Bowel Disease Centre at Cincinnati Children’s Hospital, Marlee Recker works with families to prepare adolescents to take on more of their own care.

Beginning at age 14, she encourages patients to master tasks gradually from a checklist of age-appropriate goals.

Recker starts with the basics, particularly with newly diagnosed teens, asking them to describe their gastrointestinal condition and how it affects them. If they haven’t yet learned their medications, she’ll say, “Let’s take out your phone right now and put them in there.”

Other goals include naming the providers on their care team, taking medications without being reminded, filling a pill box (initially under parental supervision), answering health questions, tracking appointments and self-injections.

Kamryn Owen attended college two hours from home. Her parents tracked her glucose remotely from an interactive monitor, and if her blood sugar was high, Treina fought the urge to drive there. Instead, she called her daughter and let her handle it.

Miller agrees with a tempered approach. “The emotional centres in (a teen’s) brain are more developed than the decision-making parts, so they’re going to respond even more emotionally when the parent is reacting emotionally.”

She recommended saving conversations about health for when the family is relaxed, not after a mistake was made, and opening with praise for what the teen’s doing well.

“If they are feeling criticised or blamed, it actually makes them want to retreat and not participate as much,” Miller said.

When parents remain calm, teens feel safer voicing their feelings. “Start by validating that managing a chronic illness is a challenge at any age, and often one that (most others) can’t fully understand,” Snell said. “It’s important to remember that our teens, just like us, are balancing taking care of their health with a variety of other priorities. And this is a good thing because it means they’re living a full life.”

I’m happy to report that at 26, my daughter’s been handling all aspects of her care for the past few years. As for me, I finally went to therapy to deal with my anxiety around her illness. I may always worry about her health, but I’ve accepted that it’s no longer mine to manage.