AFP – Many people play the piano around the world, and that’s perhaps not surprising since it’s as pleasant to hear as it is good for our brains.

The scientific community has long known that music-making has a strong influence on the formation, activity and communication of neural circuits.

But Che Yuqing and colleagues from the university have gone further by questioning whether pianists naturally have more powerful brains than non-players, or whether their cerebral plasticity is due to the numerous practice sessions they partake in – often from a very young age – in order to improve their skills.

To answer this question, they divided 31 adults who did not play a musical instrument into three separate groups. 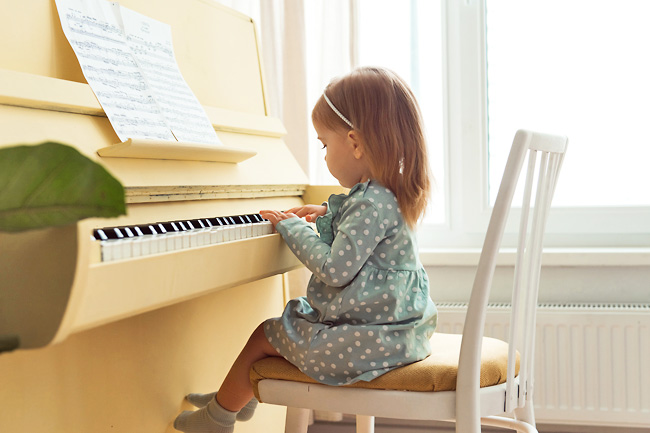 The first group took weekly one-hour piano lessons for 11 weeks. The second group listened to the pieces practised by the group one participants. And the third group was not exposed to any particular music during the experiment. The scientists found that members of the first group were able to process sensory information related to sight and hearing more easily after a few piano lessons.

This discovery is all the more significant because the brain receives sensory information all the time, which it must be able to integrate and differentiate.

For example, seeing a vehicle and hearing the sound of its engine allows the brain to make a deduction by multi-sensory integration, about the existence of the same cause, ie, the vehicle.

Conversely, seeing a car and simultaneously hearing the chirping of a bird requires dissociating the visual and auditory sources into two distinct representations.

The researchers observed that people who took piano lessons showed greater accuracy in tests where they had to determine whether sound and visual “events” were occurring at the same time.

“We found that the group trained in playing the piano showed a significant improvement in sensitivity to audio-visual synchrony (during the tests), compared to the music listening and control groups,” the researchers wrote in a study published in the journal Scientific Reports.

For University of Bath Department of Psychology cognitive psychologist and music specialist Dr Karin Petrini, these results can be explained by the fact that playing an instrument as complex as the piano modifies the biochemical processes of the brain, reinforcing cerebral plasticity.

“Learning to play an instrument like the piano is a complex task: it requires a musician to read a score, generate movements, and monitor the auditory and tactile feedback to adjust their further actions.

“In scientific terms, the process couples visual with auditory cues and results in a multisensory training for individuals,” she said in a statement. However, the researchers found that while regular piano-playing improves the brain’s processing of sensory information, it does not help it recognise emotions from facial expressions more easily.

“The available evidence indicates that the musicians’ advantage in recognising emotion may be confined to the sound domain,” the scientists explain in their paper.