Points galore for would be adventurers

On winning the grand prize, Ong Huey Jiuan said, “Thank you so much to Baiduri Bank and RB! I always use my RB Visa for everything and strongly encourage people to apply for this card too!”

The Baiduri Bank ‘Exciting Adventures Await’ promotion was held In collaboration with RB, between May 27 to July 31.

Customers who spent BND100 with their Royal Brunei Visa cards by Baiduri Bank automatically earned a chance at the draw.

“We are delighted to reward our RB Visa Cardholders as they earn Royal Skies miles their way, bringing them closer to dream destinations after a prolonged hiatus,” said Head of Retail Banking Lim Kian Chiong. 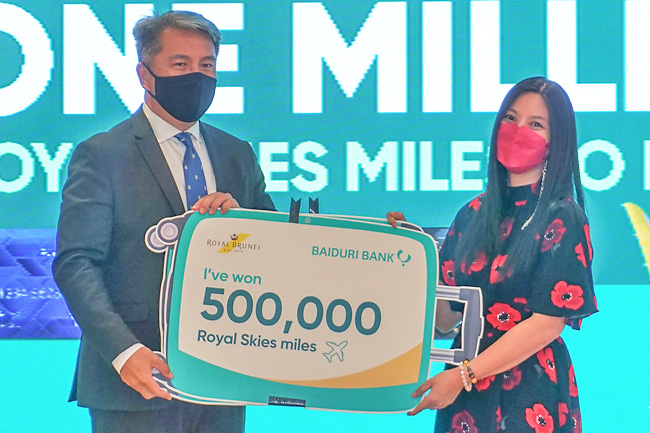 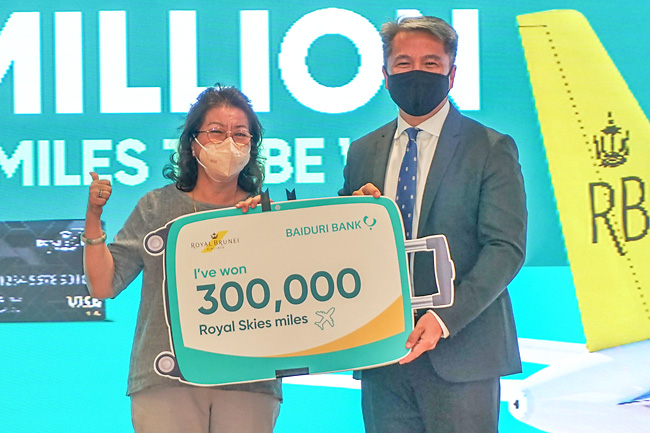