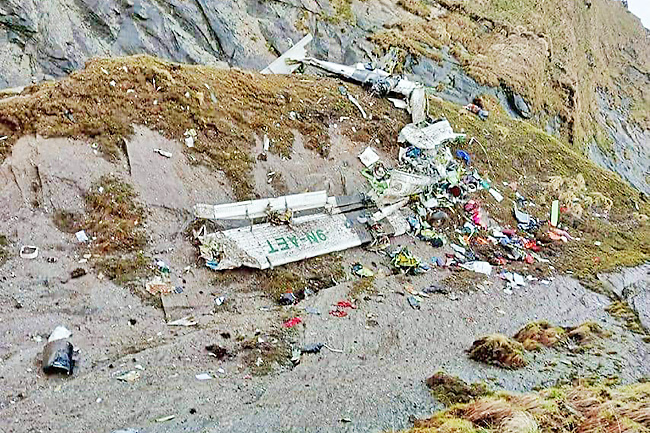 KATHMANDU, NEPAL (AP) – The wreckage of a plane lost in Nepal’s mountains was found yesterday scattered on a mountainside and 17 of the 22 people on board were confirmed dead, the army said.

Rescuers recovered 17 bodies from the crash site, said Teknath Sitaula of Tribhuwan International Airport in Kathmandu. There was no word on survivors, and the search of the crash site was continuing.