THE WASHINGTON POST – Do you prefer pepperoni? Pineapple? Veggie? One day, you might be ordering your favourite pizza from a robot.

Researchers at a university in Pittsburgh, Pennsylvania, are working on creating a pizza-making robot.

Although humans may not find it too difficult to roll out the dough, slice toppings and pull it all together, it’s not as easy for a robot.

Robots might be great at, say, helping to manufacture cars.

“Robots are pre-programmed to repeat the same actions over and over,” said a robot expert from Carnegie Mellon University David Held and one of the members of a pizza-making team.

Making pizza, though, has challenges. For instance, the dough is squishy, with a shape that can change in many ways. It’s much easier to programme a robot if the object it needs to manipulate has one solid shape. 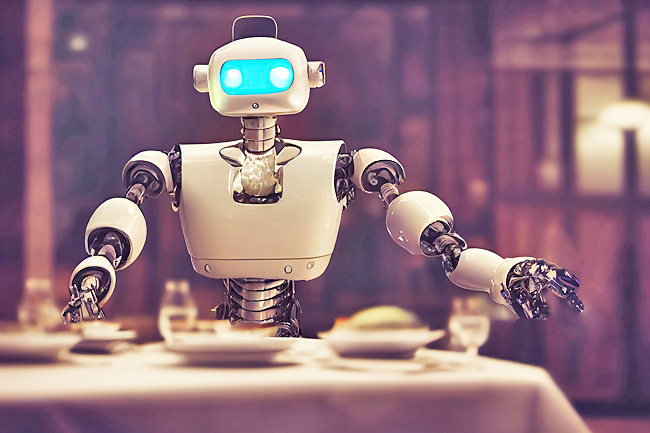 Also, pizza-making requires many steps – such as rolling, cutting and gathering – and several tools, including a rolling pin, knife and spatula. Some companies have developed robotic systems that can make pizza using specialised hardware for each step, but using a standard robot arm and common tools to handle all the functions is trickier.

What order should the steps be done in? Which utensil should you pick, and when? “If you need to do a cooking task, there are multiple levels that you have to reason about,” Held said.

Once people get the hang of it, “we don’t even need to consciously think about exactly how we’re doing it – it sort of just happens”. But robots can’t really “figure out what to do on their own”.

To start, the team used a computer simulation to consider how a robot could lift, flatten, gather, move and cut virtual dough.

The result was considerably better than with the usual programming techniques. However, don’t expect to see a pizza-making robot in your school cafeteria anytime soon.

Held and a couple of other researchers took what they learned from the simulation and used it to program a robot that already exists, called Sawyer.

They then had Sawyer try to roll actual pizza dough into a little circle, which it didn’t quite manage to do. “We got a little bit closer to the right circular shape than the previous methods,” Held said. “But there’s still a lot of room for improvement”.

For now, people will continue to make pizza the old-fashioned way: with their own hands.