MANILA, PHILIPPINES (AP) – The Philippines’ Interior Secretary announced yesterday he has asked all police generals and full colonels to submit their courtesy resignation to clean the ranks of ties to illegal drugs.

Around 300 officers are covered by the directive, which was recommended by the national police chief, who will also submit his courtesy resignation, Interior Secretary Benjamin Abalos Jr (AP; pic below) said in a news conference.

“It appears that there is a big problem in our police force. It appears there are generals and colonels involved in drugs,” he said. “We need to clean our ranks. We need the trust of the people.”

More than a dozen police officers were arrested or relieved from their posts and put under investigation last year for their involvement or suspected involvement in the drug trade.Abalos cited a recent case of law enforcers selling drugs in their office.

The Philippine Drug Enforcement Agency was also subject to raids, arrests and dismissals in recent months.

Former President Rodrigo Duterte has earned international condemnation for his lethal war on drugs, which – according to police data – left over 6,200 suspects dead.

Abalos said it’s difficult to fight a war against illegal drugs if supposed allies could shoot your back, and the resignations aim to prevent erring officers from covering their tracks.

A committee will be formed to review the records of police officials to determine if they are involved in the illegal drug trade, he said. 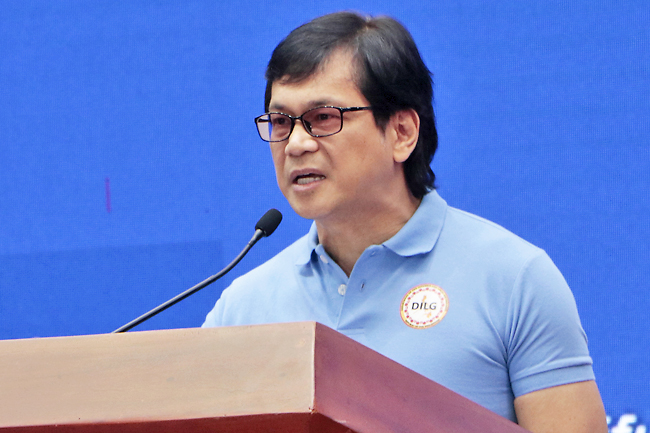