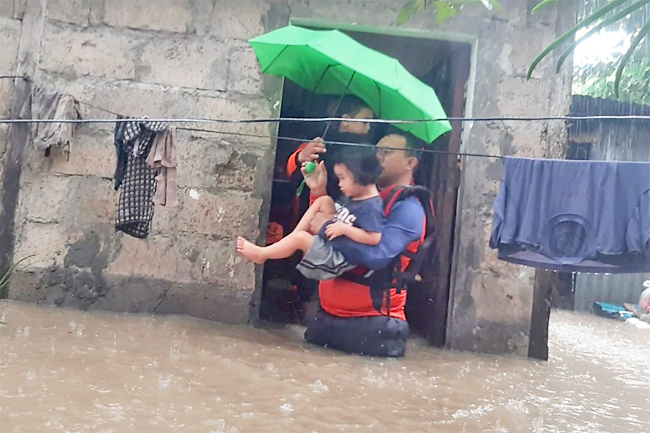 AFP – Floods in the Philippines forced the evacuation of nearly 46,000 people from their homes, civil defence officials said on Monday.

Eight people were killed and 19 others were missing after a week’s worth of heavy seasonal rain in the southern and eastern regions of the country, they said in an updated report.