MANILA (XINHUA) – Philippine Defence Secretary Delfin Lorenzana (AP, pic above) fainted during an Independence Day ceremony yesterday, and the Department of National Defence said he is “in stable condition”.

“I am fine now. Just resting since the results of the tests conducted earlier are okay,” Lorenzana, 73, posted on his Facebook account.

“The fatigue from recent successive international security engagements may have taken its toll on me. The temperature was scorching this morning,” Lorenzana added.

“But as the saying goes, a true soldier always gets up quickly after a fall,” Lorenzana went on to say.

Defence spokesperson Arsenio Andolong said Lorenzana “is currently in stable condition and has been advised to rest after fainting during the Independence Day Flag Raising Ceremony at Rizal Park this morning”.

Video footage showed Lorenzana wobbling towards an ambulance. Shared photos later showing him on a stretcher.

Lorenzana arrived from Singapore early yesterday morning after attending the 19th Shangri-La Dialogue and meeting with his foreign counterparts.

The Department of National Defence said Lorenzana fainted due to fatigue after back-to-back engagements in Singapore, Korea, and different parts of the Philippines, Rappler reported.

He went straight to the ceremony after landing in Manila. 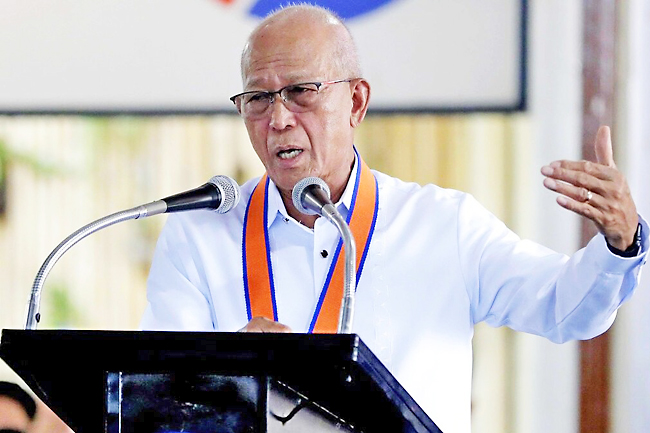