Permanent Secretary (Municipal and District) at the Ministry of Home Affairs (MoHA) Abdul Walid bin Haji Matassan said this in his speech at the handover of official appointments to two newly-elected penghulus and six village heads in Tutong District at the Tutong District Civic Centre Complex yesterday.

The permanent secretary believed that with credibility, competency and leadership instilled in each penghulu and village head, challenges faced in carrying out role, duties and responsibilities entrusted not only cover the well-being and welfare of the community, but also all aspects of life.

“I would like to remind penghulus and village heads to be vigilant in carrying out their duties and responsibilities.”

As grassroots leaders, he said, “penghulus and village heads must understand the needs, aspirations and expectations of the community under their jurisdiction, and care for their communities no matter what time and where because this is the trust and belief entrusted by the government”. 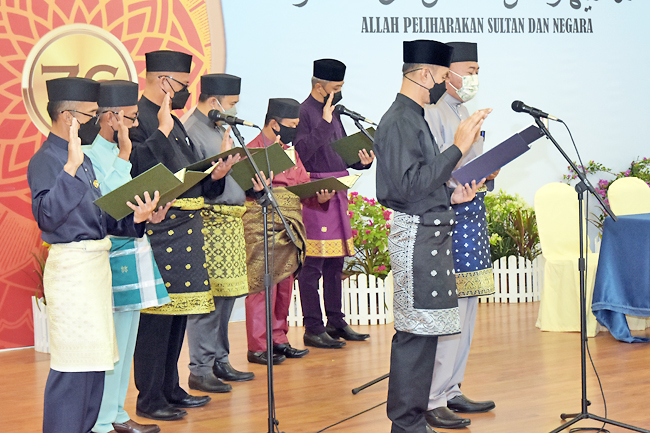