SANTOS, BRAZIL (AP) – Over decades, adoring fans around the world mailed thousands of letters, postcards and packages to the sports legend without his address or full name.
Almost without fail, they reached Pele’s office in the port city he made famous.

Santos was founded by the Portuguese in January 1546. It hosts Latin America’s biggest port, which feeds the Sao Paulo area and exports the country’s agricultural commodities to the rest of the world.

Only after a 15-year-old sensation started scoring goals for the city’s team did Santos, a city of about 430,000 residents today, become a household name. The Brazilian great, who died last Thursday at 82 after fighting cancer, played there from 1956 to 1974.

Brazil’s striker in the 1982 World Cup and a local hero with more than 100 goals for the club, Serginho Chulapa said, “there’s a Santos before Pelé and another after him. He put both the city and club on the map. Before him, people came to work at the port and go to the beach”.

Chulapa had four spells at Santos FC as a player, all during the 1980s. Since retirement he has worked at the club in different capacities, some of them alongside Pelé. 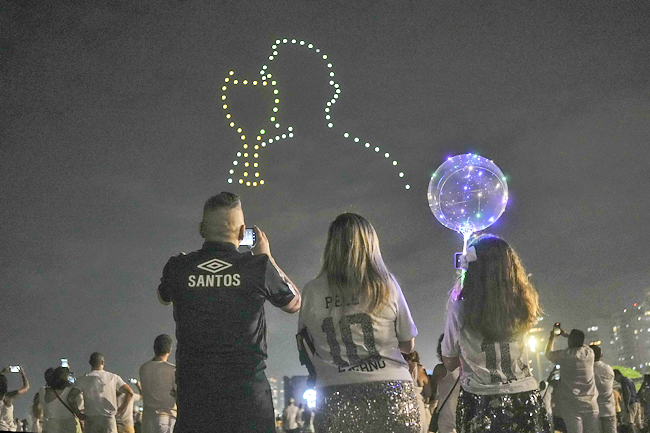 He said, “Santos is not in a metropolis like Sao Paulo, we have to work with less money. And Pelé made this club gigantic since he started playing, Santos had its peak with him.”

Pelé gave Santos two Copa Libertadores titles and two Intercontinental Cup titles against Benfica and AC Milan, as it beat some of the best rivals around the world. The Brazilian great won 26 titles at the club.

Some of Brazil’s top politicians, including President Luiz Inácio Lula da Silva, have lived in the coastal city. But one of Santos’ main touristic attractions is the Pelé Museum. It lies in the renovated area of the Casaroes do Valongo, close to the city port. It opened in 2014 and hosts tens of thousands of tourists. Many are like Gisela Claudia, 65, who arrived on a cruise ship to spend their vacations in the city.

Claudia said, “It is my first time in Santos. And I only came in this cruise because my husband wanted to see the city of Pelé.”

“He is lost somewhere in the museum,” she said. “There are other beaches on this trip that are more beautiful than this. But none of them have this history of the greatest player.”

The museum features some of Pelé’s remaining memorabilia such as boots, trophies, medals, shirts.

Santos has become a popular holiday destination, especially among residents of Sao Paulo, who grew fond of its clubs and beaches. But the local club’s Vila Belmiro stadium, where Pelé’s funeral took place yesterday, remains one of the city’s main tourist attractions.

The last time Santos consistently filled its arena’s 16,000 seats was between 2009 and 2013, when striker Neymar played there.

Santos FC is also home to other renowned players, most of them coming from its academy long after Pelé had retired. The list includes Rodrygo, Elano, Zé Roberto, Giovanni, Robinho, Diego and Gabriel Barbosa.

Pelé’s death is expected to change many names around Santos.

The incoming federal administration has decided that the first is expected to be the port, which will be renamed King Pelé Port.

Architect Maria Tereza Myre Dores, one of Pelé’s closest friends and his neighbour in the final years of his life in the neighbouring city of Guaruja said, Santos the club and Santos the city will never be the same.

Myre Dores said, “He was Santos. He loved the city, loved the club. And he made both better and bigger.”

“I still remember the afternoons he spent in his office signing letters and shirts for people everywhere. One by one and sending them back, even those that only came with those three words; Pelé, Santos, Brazil,” the architect said. “Without him, Santos is less Santos.”