Pearly-Thinaah go down in Denmark Open

THE STAR – Women doubles pair Pearly Tan-M Thinaah can walk tall despite losing in the second round of the Denmark Open.

Pearly, who is playing in only her first tournament after recovering from a hamstring pull, hardly showed her lack of preparation when she and partner Thinaah stole one game from reigning world champions Chen Qingchen-Jia Yifan of China before losing 18-21, 22-20, 17-21 in Odense yesterday.

The world number 11 played their hearts out and could have caused the biggest upset of the day but some minor errors saw them losing out narrowly to the top seeds.

Pearly, whose progress was hampered after a hamstring injury during the Japan Open, rued that errors made during the important points had proved costly.

“I enjoyed playing against the Chinese pair but we made some clumsy mistakes. So, we need to improve on this,” said Pearly. 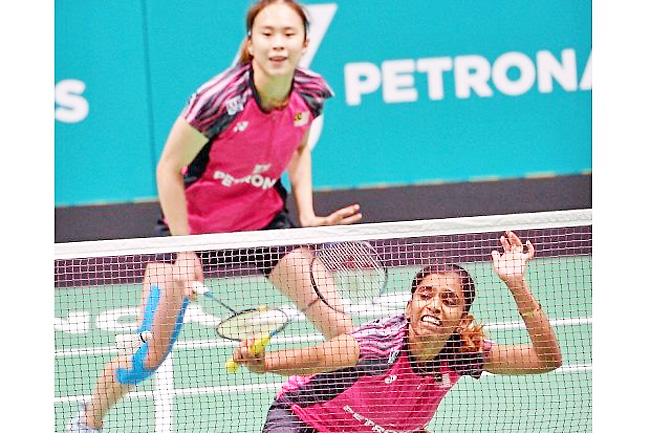