The giant-sized flag measuring 3.7mx7.5m was hoisted by RBN personnel to the accompaniment of the national anthem.

National flag hoisting ceremonies were also held in each district with the presentation of national flags to mukim penghulus.

The Brunei-Muara District Office also held a flag hoisting and distribution of national flags at its headquarters, where Permanent Secretary (Core Education) at the Ministry of Education Dr Shamsiah Zuraini Kanchanawati binti Haji Tajuddin was the guest of honour.

The ceremony began with the handing over of national flags by the guest of honour to the Royal Brunei Police Force (RBPF) personnel for the flag hoisting accompanied with the singing of the national anthem and patriotic songs.

At its theatre hall, the ceremony continued with the presentation of national flags to mukim penghulus, organisations, private sector and non-governmental organisations (NGOs). 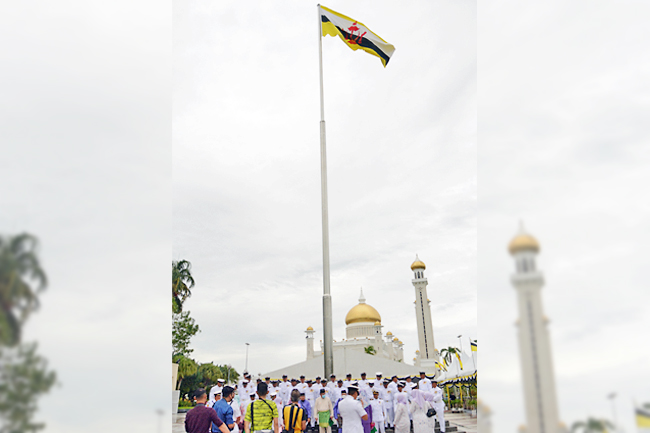 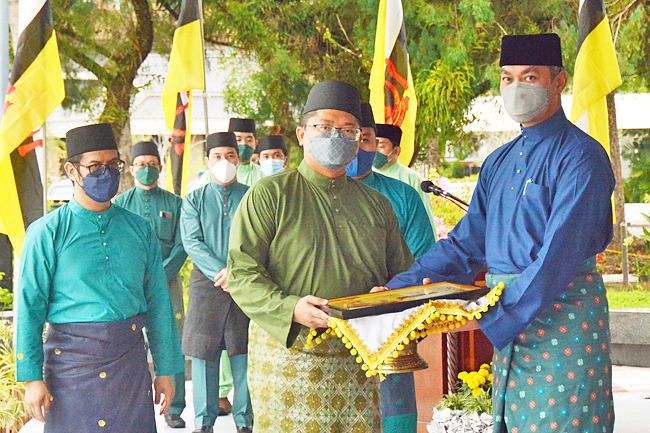 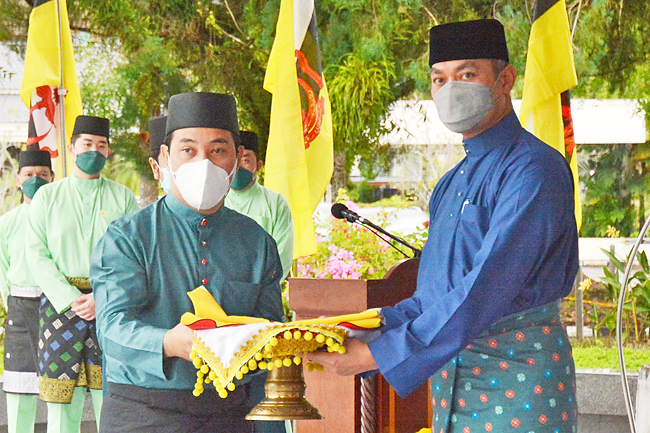 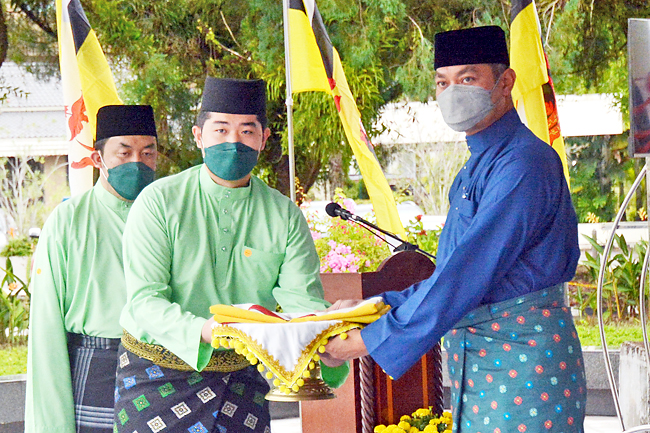 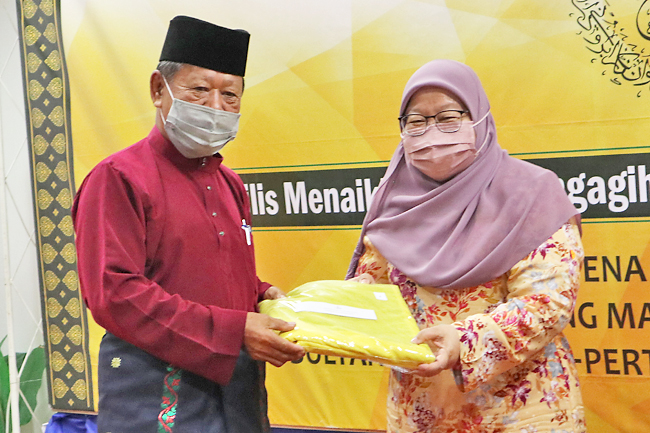 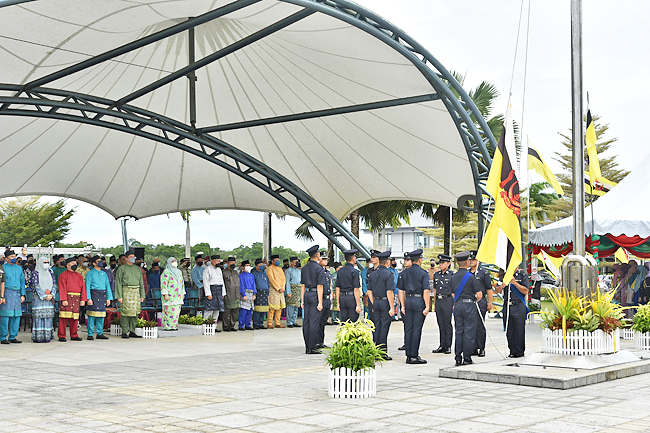 In Tutong District, the flag hoisting was held at the Tutong District Civic Centre Complex, witnessed by Permanent Secretary (Planning, Land Use and Environment) at the Ministry of Development Dr Nor Imtihan binti Haji Abdul Razak.

Dr Nor Imtihan also handed over national flags to mukim penghulus and representatives of organisations in Tutong District.

A similar event took place at the Dermaga Pekan Bangar area in Temburong District, where Permanent Secretary (Policy and Fiscal) at the Ministry of Finance and Economy Hajah Norliah binti Haji Kula attended as the guest of honour.

Khairulamirin Fitri bin Haji Samsuddin of the Kampong Labu Estate Mosque led the recitation of Surah Al-Fatihah, before proceeding with the handing over of the national flag from Acting Temburong District Officer Awangku Abdul Rashid bin Pengiran Haji Aliudin to the guest of honour, who presented it to RBPF personnel.

Meanwhile, in the Belait District, the flag hoisting ceremony was held at the Menara Cendera Kenangan Recreational Park, witnessed by Permanent Secretary at the Ministry of Primary Resources and Tourism Hajah Tutiaty binti Haji Abdul Wahab.

Acting Belait District Officer Mohamad Yassin bin Haji Ahmed received the flag from the flag bearer, before handing it to the guest of honour to be handed over to the RBPF personnel.

After the hoisting, the guest of honour also handed national flags to mukim penghulus and representatives from associations based in the Belait District.

With the giant-sized national flag hoisted, Pengiran-Pengiran and individuals conferred with titles are advised to hoist their flags at their homes, while the public is required to hoist the national flag, including at buildings and business premises until July 31.