In a new survey, Brunei respondents chose COVID-19 pandemic as the top challenge in the Sultanate with 81.1 per cent this year, followed by unemployment and economic recession (58.5 per cent) and climate change as well as more intense, frequent weather events (50.9 per cent).

The recently published State of Southeast Asia 2022 Survey was conducted by the ASEAN Studies Centre at the ISEAS – Yusof Ishak Institute.

In last year’s survey, unemployment and economic recession topped the chart for the country, followed by COVID-19, and widening socio-economic gaps and rising income disparity.

Meanwhile, in terms of the top three challenges facing Southeast Asia, the study finds that COVID-19’s threat to health continues to preoccupy Southeast Asians, topping the rankings at 75.4 per cent, followed by the risks of unemployment and economic recession at 49.8 per cent.

The third most important issue for Southeast Asia is the urgency in addressing climate change and the extreme weather events that have battered the region in 2021. 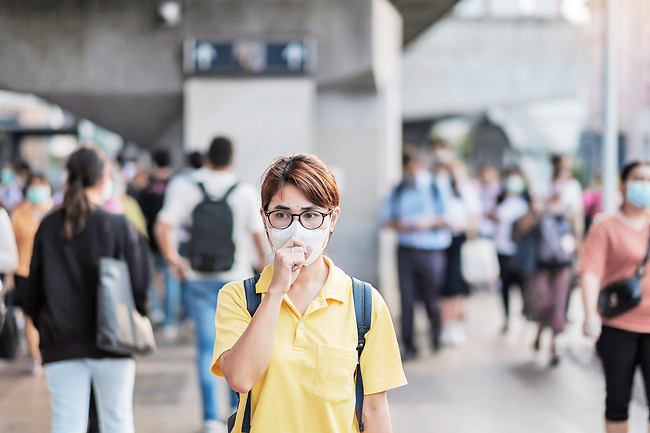 The Philippines (52.0 per cent) and Vietnam (53.5 per cent) gave higher weightages to climate change as they felt the impacts of extreme weather events more keenly than the rest of the ASEAN member states. This is similar with other climate-related surveys where the Philippines’ and Vietnam’s climate concerns are more elevated compared with the rest of Southeast Asia.

At the country-level, all respondents chose COVID-19’s threat to public health as the region’s top challenge. This is followed by COVID-19 threat at second place (58.3 per cent) and domestic political instability closely at third place (58.0 per cent).

As for top three concerns about ASEAN, Southeast Asians continue to express their frustrations with ASEAN as a slow and ineffective organisation, unable to cope with fluid political and economic developments at an overwhelming 70.1 per cent. This concern overtook last year’s top concern which was that of ASEAN becoming an arena of major power competition and its member states being used as a proxy in major power competition.

This concern became the second-ranked concern this year at 61.5 per cent. Concerns about ASEAN’s inability to overcome current pandemic challenges maintained third place this year at 49.0 per cent.

The view of ASEAN being slow and ineffective was prevalent in seven out of 10 ASEAN member states, with the exception of Laos, Vietnam and Cambodia. Laos and Vietnam viewed ASEAN’s inability to fend off major power competition in the region as their top concern.

Interestingly, Cambodia made ASEAN disunity its top choice this year at 64.2 per cent but the biggest increase in concern registered was Indonesia where this view almost doubled from 26.4 per cent in 2021 to 45.8 per cent this year.

The strength of this view is also intensified in Thailand from 16.8 per cent (2021) to 36.8 per cent (2022). On the other hand, maritime Southeast Asian countries – Brunei, Indonesia, Malaysia, the Philippines, and Singapore – maintained their ratings with slight differentials in opinion of between five and seven per cent on the issue of ASEAN’s relevance.

As for Brunei respondents, the top concern is ASEAN can’t cope with its fluid political and economic development, followed by ASEAN becoming an arena of major power competition and it’s member states may become major proxies, as well as ASEAN becoming increasingly disunited.

As for the most preferred country to visit, Japan remains the most popular destination to visit among Southeast Asians (22.8 per cent), followed by the EU (19.2 per cent), and an ASEAN member state (14.0 per cent).

Interestingly, some ASEAN respondents turned to domestic tourism as international travel activities reeled from the COVID-19 pandemic restrictions in 2021. For instance, most of the respondents from Thailand (57.1 per cent) prefer to travel in their own country.

Similarly, respondents from Indonesia (27.6 per cent) and the Philippines (25 per cent) chose their own countries respectively as their second favourite destination in the region.

For Brunei visitors, their top choice is Malaysia, followed by Thailand and Singapore.