KARACHI, PAKISTAN (AP) – Pakistan captain Babar Azam won the toss and chose to bat first in the third and final ODI against New Zealand yesterday with the series level at 1-1.

Shan Masood, who was appointed Pakistan’s vice-captain ahead of the limited-overs series, is playing his first game of the series. He replaced injured opening batter Imam-ul-Haq.

It is Masood’s first ODI since his last limited-overs game against Australia in 2019. Pakistan also had to leave out fast bowler Naseem Shah because of sickness and brought in pacer Mohammad Hasnain for his first game of the series.

Naseem grabbed eight wickets in the first two games, including a five-wicket haul in the opener.

Spin-heavy New Zealand bounced back to beat Pakistan by 79 runs in the second match after losing the first game by six wickets. 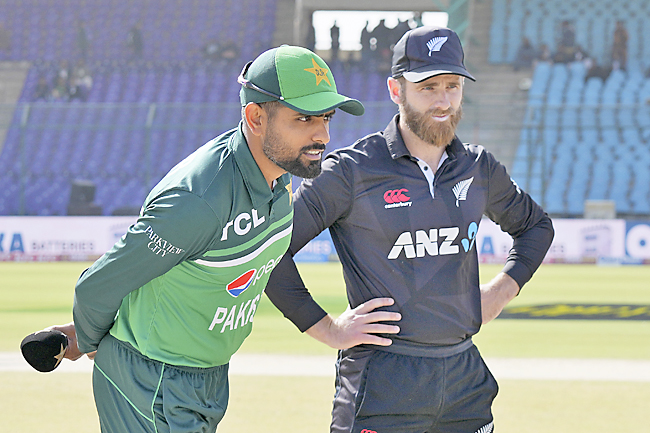