SYDNEY (AFP) – Australia’s newly elected prime minister has said Pacific leaders have been “very positive” about his government’s renewed engagement, even as Beijing continues its diplomatic blitz across the increasingly contested region.

The comments from Anthony Albanese – aired yesterday in an interview with Sky News – came as Chinese Foreign Minister Wang Yi visited Fiji for closely watched meetings with the island nation’s leaders and other Pacific foreign ministers.

Wang, who began his South Pacific tour on Thursday in Solomon Islands, is expected to discuss with his fellow foreign ministers a wide-ranging draft agreement and five-year plan, which was leaked last week.

The leaked drafts, obtained by AFP, were circulated to at least 10 Pacific nations ahead of the Fiji meeting, sparking concern about Beijing’s ambitions to dramatically expand security and economic cooperation within the South Pacific.

Albanese was scathing in his assessment of the former Australian government’s Pacific plan, saying it had “dropped the ball” in the region – blaming both foreign aid cuts and “a non-engagement on values”.

“For our Pacific Island neighbours, the issue of climate change is an absolute national security issue,” he said. 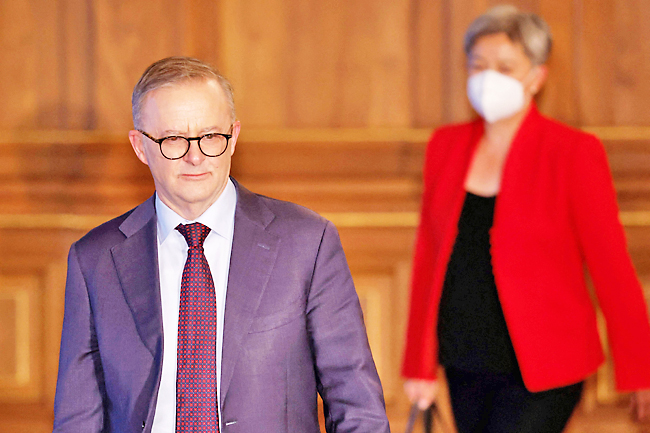