INDIANAPOLIS (AP) – The Indiana Pacers open this season with a different goal.

They’re no longer satisfied with just making the playoffs or advancing beyond the first round. Instead, they want to build a long-term contender with young, talented prospects.

Yes, the long journey back won’t be quick or easy and the Pacers are willing to be patient.

But make no mistake, building for the future still includes some components to winning now – playing hard nightly, defending well and steady progress.

“Young talent in the gym is always invigorating,” coach Rick Carlisle said. “The day Luka Doncic first walked into the gym in Dallas is a day I’ll never forget. I feel that way about our guys. I’ve talked to the staff about metrics that would be useful to measure progress, measure performance but I would say, in general, a lot of this is going to be the eye test.”

From the outside, it looks and sounds like a blueprint for a complete rebuild, maybe even tanking.

The Pacers view it differently.

They see 22-year-old point guard Tyrese Haliburton as the centrepiece of this new project after acquiring him in a February trade that also netted swingman Buddy Hield. They got power forward Jalen Smith, a 2020 lottery pick, in a deal with Phoenix, then re-signed him as a projected starter. 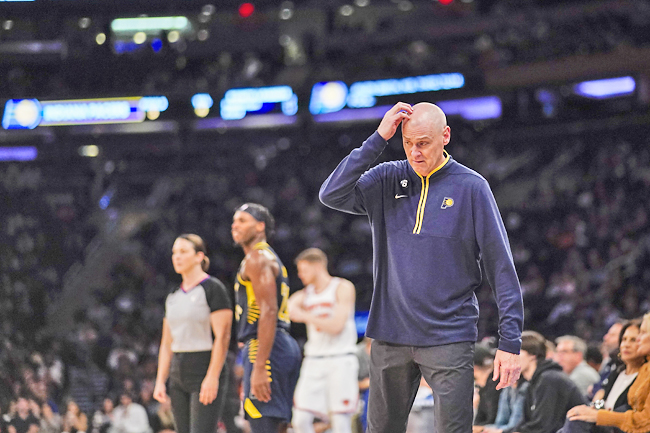