SYDNEY (AFP) – Australian Prime Minister Anthony Albanese yesterday outlined a draft referendum question in a bid to change the constitution to set up a representative Indigenous body in Parliament.

Australia’s constitution currently does not recognise Indigenous peoples, and the move to enshrine a so-called “voice” – a consultative body to supply advice to the government on decisions that would impact the marginalised group – in the document would require a nationwide referendum.

Speaking at an Indigenous festival in Arnhem Land – home to a majority Indigenous population – centre-left leader Albanese proposed a draft referendum question to the Australian public: “Do you support an alteration to the Constitution that establishes an Aboriginal and Torres Strait Islander voice?”

Albanese – elected in May – had promised a referendum vote to be held before the end of his term in 2025.

It remains unclear how the referendum will take shape but proposing the draft question to Aboriginal Australian leaders and the public would be a first step.

He also yesterday recommitted to the “Uluru Statement from the Heart”, which called for improved rights and constitutional recognition for Australia’s First Nations people. The 2017 statement was rejected by then-prime minister Malcolm Turnbull’s conservative government. 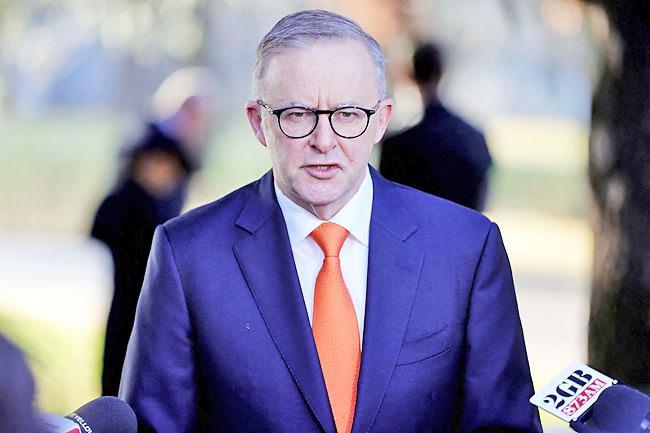