Over 17,406 receive Korban meat from His Majesty

The monarch led the ritual of sacrificing four goats during the ceremony, while the remaining livestock were slaughtered at PDS Abattoir Sdn Bhd slaughterhouse and Syarikat Mohammed Norfaidzal Haji Zainuddin & Anak-Anak.

This year, 194 livestock – 180 cattle and 14 goats – were sacrificed at the ceremony and the meat distributed to 16,158 underprivileged individuals and 1,248 single mothers and senior citizens. 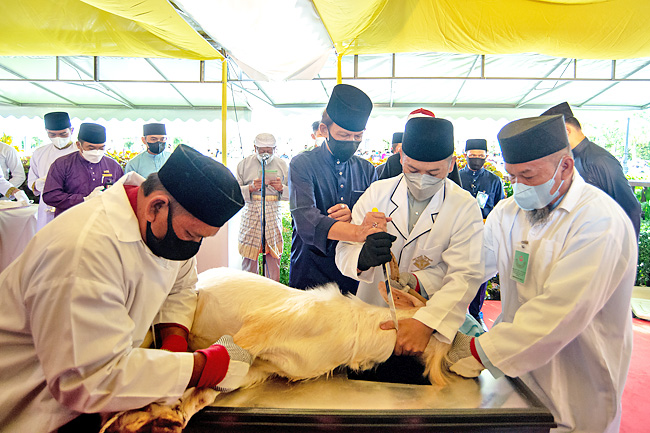 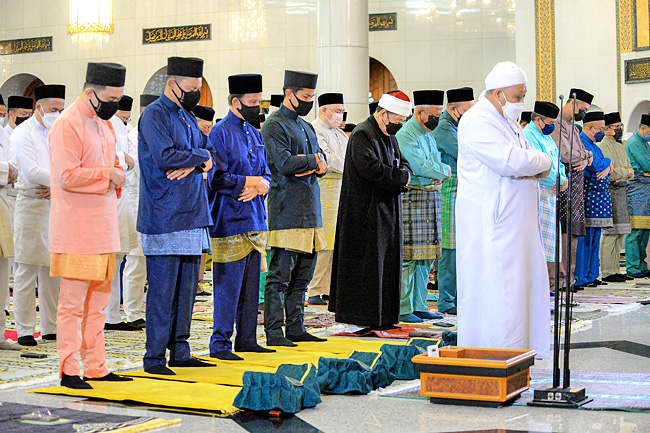 In the first sermon, the State Mufti touched on the definition of Feast of Sacrifice or Hari Raya Korban.

He also talked about the contribution from Prophet Ibrahim (pbuh) in developing Makkah into a peaceful, fertile and prosperous land.

He also said the practice of reciting Al-Quran allows one to obtain cahaya (light) and syafa’at (help), especially when one departs the world.