Over 1,480 kg of trash collected in beach clean-up

The campaign with a scavenger hunt concept focussing on marine debris organised by the Ministry of Development (MoD) through the Department of Environment, Parks and Recreation saw over 350 participants.

Permanent Secretary (Planning, Land Use and Environment) at the MoD, Dr Nor Imtihan binti Haji Abdul Razak was the guest of honour.

The event began with the recitation of Surah Al-Fatihah followed by a safety briefing. It continued with a light exercise and proceeded with the marine debris clean-up campaign along the coastline.

Marine debris is one of the key environmental issues at national, regional and international levels.

The main aim of coastal marvel is to raise awareness in reducing the waste disposed into the marine environment, particularly plastic wastes.

The campaign’s objectives are to collect baseline data marine debris in coastal areas; identify the types of marine debris found; and empower the society to instil a sense of responsibility towards protecting and preserving the environment through proper waste disposal methods. 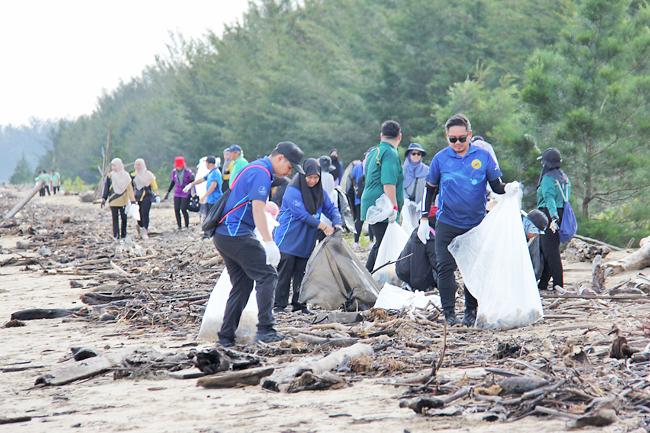