Our culture, our heritage

Over 200 students attended a cultural roadshow at the multi-purpose hall of Sayyidina Ali Secondary School (SMSA) in the Belait District yesterday.

The event, organised by the Ministry of Culture, Youth and Sports (MCYS) through its Culture and Arts Section in collaboration with the Museums Department and the Language and Literature Bureau, hoped to introduce the nation’s cultural heritage to the youth.

A video on a traditional dance performed by students during a recentBrunei Traditional Dance Competition was also shown.

There were a number of booths set up to showcase traditional musical instruments and games.

The agency aims to take the roadshows nationwide in hopes of preserving, maintaining and upholding the cultural values of the country. 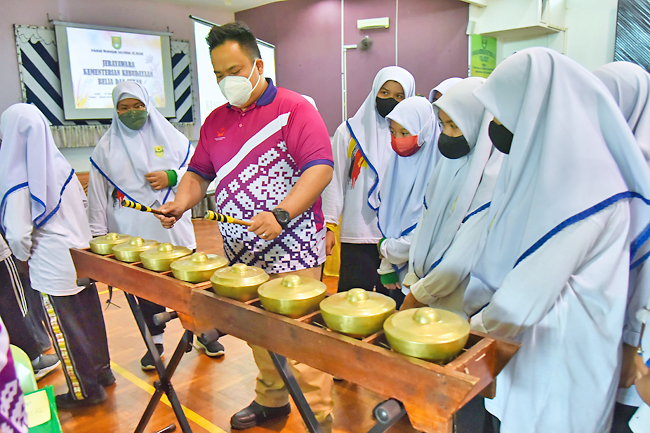