Two foreign men and three foreign women were caught by Immigration enforcement officers in a raid targetting a rented house in Mukim Sengkurong in the wee hours of yesterday morning. The offences were for overstaying, failing to produce valid immigration pass and protecting the offenders.

The Immigration and National Registration Department (INRD) team conducted the raid under Operasi Tumpas. The offenders were brought to the Enforcement Division of the INRD for violating Acts and Regulations under Chapter 17. The department will continue to conduct operations, arrest, investigate and take legal action against illegal immigrants.

Action will be taken against foreigners committing offences in the Sultanate. If convicted, they will be imprisoned and deported to their country of origin, and subsequently have their names, blacklisted.

The INRD welcomes public tip-off on immigration related offences. Any information will be kept confidential. The INRD can be reached at 8734888 and 8753888. 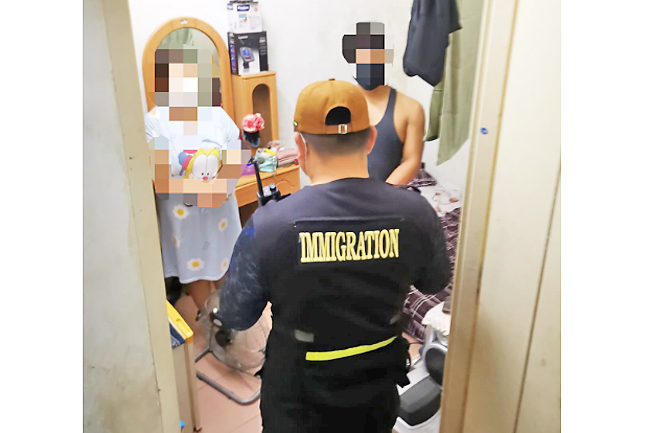