One match at a time

The football scene around the world is returning to normal, as nations rolling back COVID-19 restrictions allow fans to return to stadiums and domestic leagues and contests to resume over the past season.

In Brunei Darussalam, the sport is also undergoing its own revival as it recovers from a lengthy suspension of all sporting activities imposed after the second and third wave of the COVID-19 pandemic struck the country.

There was optimism last month as the Sultanate lifted restrictions on organising sports competition, amid setbacks faced by football enthusiasts, from supporters to professional, over the past few years.

The national Under-23 team, the Young Wasps, was supposed to have competed in the Asian Cup Qualification last year, but had to withdraw due to the second wave of the pandemic in the country.

The senior national team also pulled out of the ASEAN Football Federation Suzuki Cup qualification round, ending a second successive year without an appearance in the regional or the international scene. 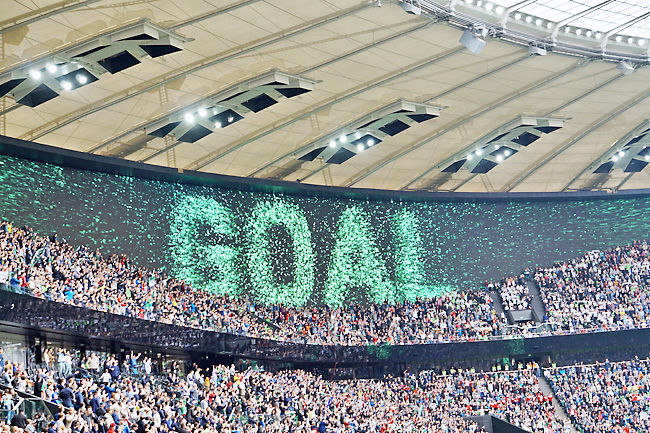 As the match schedule for the Young Wasps was announced for the AFF Under-23 Championship at the start of the year, there were concerns of another pull-out, which were eased after the Football Association of Brunei Darussalam (FABD) announced the 26-member squad and team officials.

The Young Wasps ended their long wait for an international, competitive appearance when they faced hosts Cambodia at the Morodok Techno National Stadium on February 15.

For the majority of the players, it was their first football game in six months since they last played club football in the now cancelled Brunei Super League.

The match was an ‘eye opener’, said the national under-23 head coach Aminuddin bin Jumat, and a learning process, but it marked the return of Brunei Darussalam to football’s international stage.

In March, the senior national team made its return to international football after being invited by the Laos Football Federation for a friendly contest.

A month later, the Brunei futsal team marked their return to regional competitions when they took part in the AFF Futsal Championship 2022 at the Huamark Indoor Stadium in Bangkok, Thailand.

Last month, the Brunei national team played their second international friendly match of the year against Malaysia at the Bukit Jalil National Stadium in Kuala Lumpur.

On all levels, the Bruneian national teams are preparing for future contests. The senior Wasps began their training camp last week in Dammam, Saudi Arabia, where they also had a sparring session with Saudi Arabian football club Al-Qadsiah FC at the Prince Mohammed bin Fahad bin Abdulaziz Stadium.

The under-16 and under-19 teams have also been busy preparing for their AFF Championships. The under-19 team will also have the AFC Under-20 Asian Cup Qualifiers Uzbekistan 2023 to look forward to in September after they were drawn in Group ‘C’ alongside United Arab Emirates, Iran and hosts Kyrgyzstan.