On a noble mission

Fights against deadly diseases and viruses have been waged in the shadow for many decades. However, with the COVID-19 pandemic wreaking havoc globally, these efforts are often highlighted.

More often than not, these inconspicuous fights may result in the masses forgetting the impacts of the diseases.

From chickenpox to hepatitis, the efforts made in the advancement of proper medical vaccination and treatment have reduced the ill effects of these dangerous diseases and viruses.

Although drowned by the COVID-19 pandemic, one such fight that is still being carried out today is the fight against polio.

The continued fight against polio represents one of the core pillars and causes that drives Rotary International as a humanitarian service organisation.

Being the most notable global project contributing to the global eradication of polio, Rotary International has embedded its mission and mindset to ending the disease throughout the organisation. 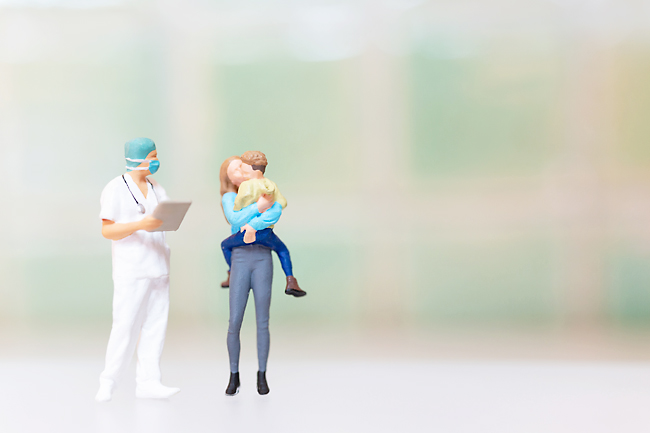 Rotary District Governor 2021-2022 of the Rotary International District 3310 Dolly Yeap, who is the first women governor for District 3310, recently made a goodwill visit to meet with Rotarians in the Sultanate and take a closer look at the efforts made to wipe polio off the map.

Dolly’s previous visit to the Sultanate was in 2017, where her mission was to raise awareness in combatting polio.

“I was appointed as the (eradicate) polio district committee chair, and I have to come up with ideas on how to raise awareness and funds to help combat polio,” Yeap said, adding that she was initially selected to help focus on family matters at Rotary.

“That means I bring families together, in celebrating meaningful occasions to highlight family bonds. But the district governor at the time suggested to do it together with raising funds and awareness on polio as health plays an important role in a family,” she shared.

On May 6, 2017, more than 300 saplings were planted at the Berakas Forest Reserve as part of the Polio Eradication Project.

“We had a group of Rotarians from Brunei and Miri to plant trees that year. To commemorate the occasion, I also planted one tree personally,” Yeap recalled.

Having planted the tree sapling in her first year as the project’s chairperson, she also recalled how she had continued to raise funds and awareness of polio down the years.

“This is in line with our promise to the children of the world that we will continue to raise funds and awareness until the last drop (of the vaccine) is given to fully eradicate polio,” she said.

Other activities that she fondly recalled in raising funds and awareness include climbing Mount Kota Kinabalu in Sabah early this year, which served an opportunity to promote health in addition to eradicating polio.

With the advent of the global pandemic, Yeap said it is very difficult to fund the fight against polio as “all activities were put on hold and all attention is shifted to the global situation and COVID-19”.

Despite this, she remains steadfast that a collaborative global effort to curb the spread of COVID-19 can also be used as a platform to inspire more efforts in polio fight.

Early this year on her return to the Sultanate, Yeap reflected on her journey and visited the full-fledged grown trees that were planted in 2017.

“When I saw the trees, it was just amazing that I did something five years ago and the trees are still growing. It’s a satisfaction in knowing that results from past efforts are still being felt today,” she said, adding that such effort helps inspire others to take steps to eradicate polio and give back to the local community.

While tenure as a district governor is an annual occasion, she noted that her work to eradicate polio extends beyond her role.

“It is in the blood, and while we do respect the wishes and vision of the new incoming district governor, we would also provide our best effort towards causes that are in line with the core pillar of being a Rotarian.”