With the current COVID-19 situation and the country under the Early Endemic Phase, Hari Raya Aidilfitri festive mood is still in the air with celebrants visiting relatives’ residences while adhering to the Ministry of Health (MoH) guidelines.

In fact, this is nothing new for us Bruneians as we have always celebrated Hari Raya for the whole month of Syawal with it continuing to be a joyous and colourful occasion here, unlike in some other countries where only the first few days are the highlights.

I am one of the many still visiting extended family members, as there were limited opportunities during the first few days of Syawal, partly due to the restrictions and work commitments.

I initially had no intention to visit relatives as only family members on my mother’s side were receiving Raya visits, while on my late father’s side only a few close family members were opening their houses for the festivities, and even then only during the first few days.

However, my mother had me accompany her on visits to her siblings. During these visits, I had the opportunity to learn about how Hari Raya was celebrated in the past, exposing significant differences to how we celebrate now.

One of the interesting stories was from my mother, who shared her Raya memories with us simply to kill time as we had to go on an hour’s drive to Kuala Belait for a visit. 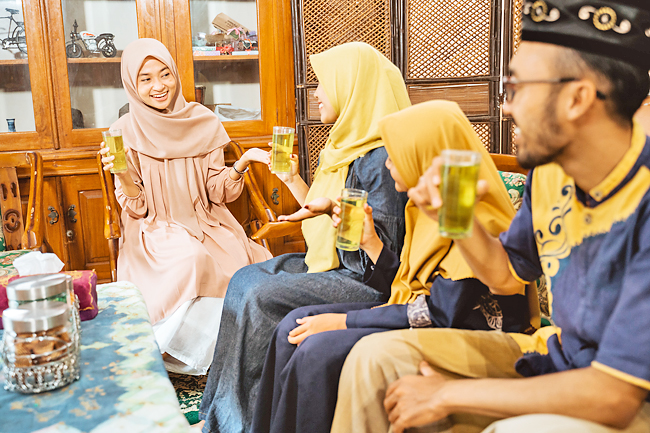 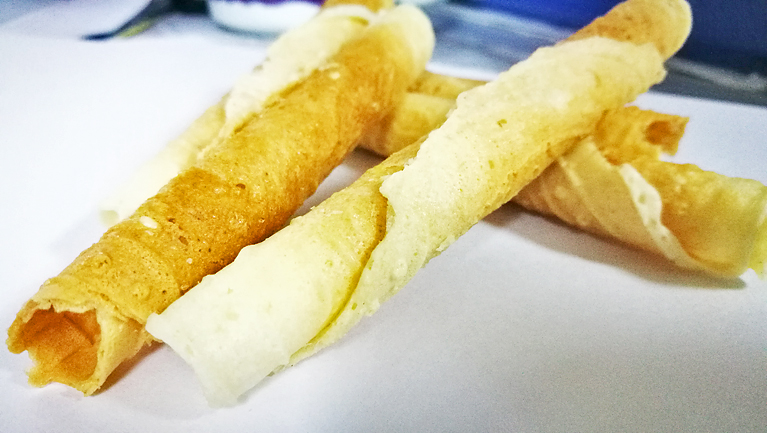 Except for the specific year, which she thinks is somewhere around the early 1950s, memories of the food they had and the outfits they wore during the time were clear in mind.

While today we have the likes of kueh mor, tat nenas, semperit and kek tapak kuda as being particularly common and popular, back then the food served to guests were traditional Malay kueh such as kueh ardam, kueh cincin, kueh bahulu and kueh sapit.

“Did people back then prepare their own kueh,” I asked, ”or did they buy them like what people do now?”

My mother said most would purchase the kueh, as it was available at the tamu all year round but it was most popular and sold the most during the festive season.

However, there were also people who preferred to have their own homemade kueh, including my mother’s family where each sibling would prepare one type of kueh.

These would be served during the first few days of Hari Raya, either simply in a cookie jar placed on a table for guests or arranged neatly in a serving plate for easier access and better presentation.

Most of the kueh, such as kueh sapit and bahulu, could stay fresh for a long time – months, even – provided they were carefully stored.

Hence, after guests returned home, the host would put them back into the cookie jar and ensure proper sealing.

Some people, my mother said, served kelupis on the first three days of Hari Raya. This was usually offered by families who were able to fork out for the festivities.

The condiments prepared to complement the kelupis were sambal tahai, sambal udang or chicken and beef curry. This is less common now, where the likes of nasi briyani and lamb mandy are typically prepared for meals.

My mother added that back then, whatever was served would be enjoyed by the guests in the spirit of the occasion. Thus, as the kueh or the food was not something particularly special, it was not the highlight of the celebration, unlike now. The focus was more on the social aspect of gathering together, making visits and seeking forgiveness.

Asked about the types of beverages served, my mother simply responded, “Manisan.”

She explained that her siblings would make their own homemade manisan, as most households did, where sugar is reduced to make a syrup then rose flavour and colouring are added, with two or three pieces of pandan leaves mixed in to make it more aromatic.

Hot drinks were also offered, with the most popular being local black coffee or Kopi Tumbuk as it was called. Bottled flavoured fizzy drinks known as “Liminit” were also served during the festivities.

Another interesting story I heard was during a visit to my aunt’s place. We were seated in the living room watching a documentary on Hari Raya while enjoying the food, when one of my senior relatives recalled that the same tradition that was shown on the television was also practiced in Brunei.

In the documentary, telecast on a Malaysian TV channel, it was explained that there once was a practice called Kepala Meja, where a cake is baked and decorated by a maiden of the house and placed on a table for guests.

A man who wished to take that woman in marriage and was bold enough to propose would cut the cake, revealing his intention.

The custom was also practiced in Brunei, and the bachelor who cut the cake would also leave money as a dowry.

Listening to this made me and my cousins giggle, and we jokingly made several “what if” scenarios about this custom, which got squinted eyes from the elders in the room. What a fun and joyous visit it was!