Offroad enthusiasts take off for an adventure

The jamboree, organised by the Sarawak 4×4 Travel and Adventure club (SAKTA) begins tomorrow and ends on December 16.

Participants will travel a distance of 500 kilometres beginning at the northern part of Miri and travel through Beluru, Marudi/Baram and Telang Usan. This includes travelling through access roads through Pekan Lapok, Long Sobeng to the Long Aton area, and through several unused log tracks in Baram, up to the Ulu Dapoi Plateau.

Meanwhile, the Tutong 4×4 Vehicle Association is also sending 15 vehicles to participate in the event.

The event will also be participated by other countries, including Indonesia, Germany and Canada. 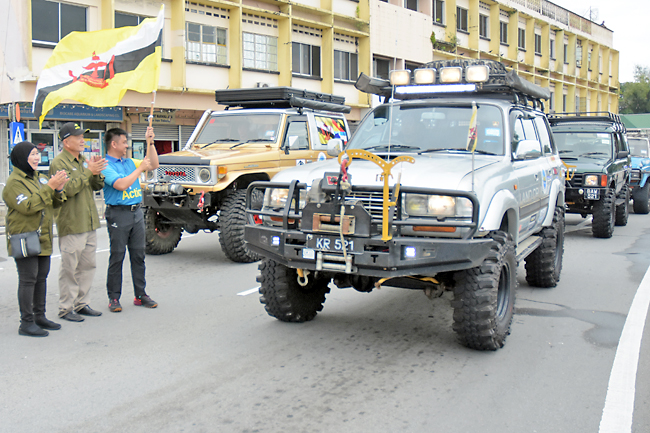