Seagrasses have been found growing in small areas of the Indian River Lagoon along Florida’s east coast where chronic pollution has wiped out much of it, officials said on a Wednesday conference call.

“We take it as a positive there is seagrass growing,” said Ron Mezich of the Florida Fish and Wildlife Conservation Commission. “What that means long-term, we have no idea.”

The lack of seagrass forage during winter months has triggered an unprecedented die-off of manatees, including a record of more than 1,100 last year. The deaths recorded so far in 2022 are at 551, according to commission statistics. The FWC and United States (US) Fish and Wildlife Service in March completed an experimental programme that fed manatees more than 202,000 pounds of donated lettuce near a power plant where the animals gather during colder months. Officials say a similar programme is in the works for the coming winter.

“We aren’t ruling out other locations,” Mezich said.

As of Wednesday, FWC officials said there were 92 rescued manatees being treated at rehabilitation centers around the country – most of them in Florida including critical care facilities at SeaWorld in Orlando and the Jacksonville Zoo and Gardens. 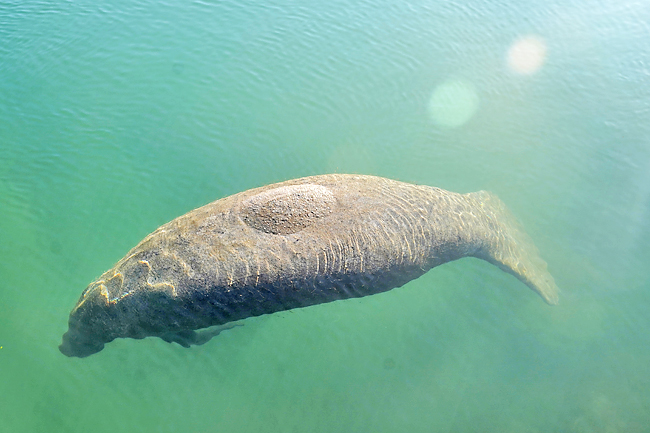