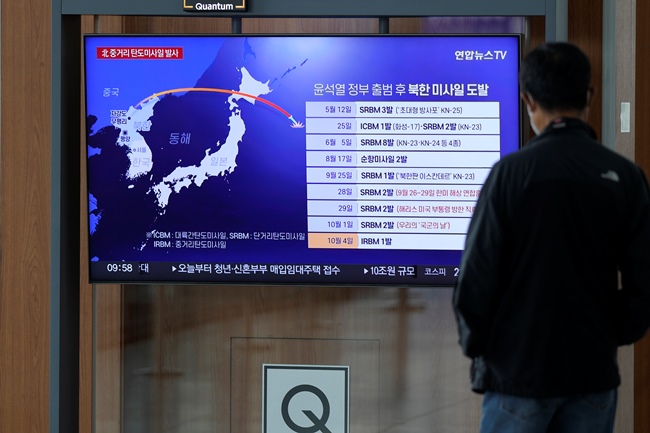 SEOUL, South Korea (AP) – North Korea on Tuesday fired a ballistic missile over Japan for the first time in five years, forcing Japan to issue evacuation notices and suspend trains during the flight of the nuclear-capable weapon that could reach the United States (US) territory of Guam and possibly beyond.

The launch was the most provocative weapons demonstration by North Korea this year as it ramps up missile tests to build a nuclear arsenal that viably threatens US allies and the American homeland with the goal of wresting outside concessions, some experts said.