No lights at night

THE WASHINGTON POST – Many of us are surrounded by light at night – from streetlights streaming through our windows to televisions and smartphones by our beds. And now research shows that exposure to light at night in the hours before bedtime and even during sleep can be detrimental to our health.

Light is a key regulator of our brain’s biological clock, known as the suprachiasmatic nucleus.

“Light is powerful in that it can synchronise rhythms and, at the wrong time, it can desynchronise rhythms,” said neurologist and director of the Center for Circadian and Sleep Medicine at Northwestern University Feinberg School of Medicine Phyllis Zee.

In one 2022 study, Zee and her colleagues tested how light exposure would affect the biology of 20 young healthy adults as they slept.

One group spent a night asleep in dim light, equivalent to ambient streetlight from outside, followed by a night with the overhead lights on. The overhead lights emitted a glow that was roughly equivalent to hotel hallway lighting – bright, but not sufficient for comfortable reading, Zee said. A control group spent both nights sleeping in dim light.

Participants who slept with the lights on reported that they slept fine, but brain recordings showed that they spent less time in slow wave and rapid eye movement sleep, which are more restful stages critical for cognitive functioning.

The effects on their metabolism and heart were even more striking. Blood samples indicated that a single night sleeping under room light increased participants’ insulin resistance, which is important for blood sugar control, the following morning. But most surprising to the researchers was how the light exposure affected heart rate. “It was high the entire night,” Zee said. “That’s what was bizarre.”

These results suggest that, even with our eyes closed, our brain can be aware of relatively low light, which may cause the brain’s autonomic “fight-or-flight” system to become “low-key revved up”, Zee said. “It’s almost like in preparation to run or having to wake up.” 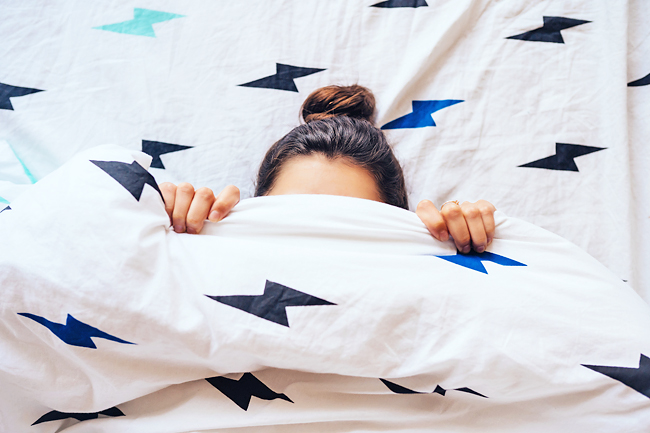 Though this study was conducted with a small sample size of young and healthy people, other recent research suggests that light exposure during sleep may be even more detrimental to older individuals. In another 2022 study involving over 550 adults 63 and older, Zee and her colleagues found that any light exposure during sleep was associated with higher prevalence of obesity, diabetes and hypertension.

Other research indicated that sleeping with even a little light in the room decreased sleep quality. A researcher studying the epidemiology of circadian rhythms at Nara Medical University in Japan Kenji Obayashi conducted a 2019 study involving over 1,100 older participants that found light exposure in the hours before waking up was associated with more sleep disturbances.

“We know that even moderate levels of light at night, like you may see coming in from the windows outside or your night light or hallway light, seems to affect your brain,” Zee said.

WHY LIGHT EXPOSURE AT NIGHT DISRUPTS OUR HEALTH

“They’re very effective at telling our biological clock it’s not yet time to sleep,” said sleep scientist at the Centre for Chronobiology at the University of Basel Christine Blume.

In the morning, short wavelength-rich light such as sunlight helps us wake up and aligns our internal clock with the external environment. But having light late at night delays our circadian rhythm, knocking it out of sync.

“That creates a state where your internal clock is going to be more misaligned with that of the social and sun clock,” Zee said. This, in turn, can cause sleep loss and partial sleep deprivation because you wake up earlier than your internal clock would like to.

Light also suppresses the secretion of melatonin, the “hormone of darkness”, which the pineal gland produces in dim light to prepare our body for sleep, Blume said.

At the same time, light reduces sleepiness and activates us, which is helpful in the morning and daytime, but less healthy when we want to sleep.

Light at night “may affect our overall health via circadian misalignment in our daily life”, Obayashi wrote. This kind of disruption of our circadian clocks can lead to a host of issues, including sleep disturbances, mood disorders, cognitive impairments, metabolic dysfunction and cancer risk.

HOW TO MANAGE LIGHT AT NIGHT TO GET BETTER, HEALTHIER SLEEP

It can be tough to create total darkness, so here are some tips to mitigate the effects of light at night.

– Reduce your light exposure before bed. In the two to three hours before you go to sleep, try to dim the lights and avoid screens and smartphones to allow melatonin release.

– Change the quality of the light you are exposed to. Reduce the amount of activating shortwave, blue light hitting your retinas. Our computers and smartphones have applications to filter out blue light, such as f.lux, which can be programmed to adapt to the time of day.

– Keep your sleep environment as dark as possible. Draw the blinds, especially if your outdoor environment is bright. But also be mindful of the light you have in the bedroom.

Zee recommends taking a look around your sleeping quarters to see what unnecessary lights can be covered, turned off, or faced away from your eyes when you sleep.

– Try eye masks and blackout curtains. “Eye masks may be an easy item to block light during sleep,” although there are not any randomised trials on how eye masks affect sleep at home, Obayashi wrote.

But some people may find eye masks uncomfortable, which may cause less restful sleep.

– Keep rooms dark with blackout curtains. But Zee said one downside of blackout curtains is that they block out light not only in the night but also in the morning, when it helps us wake up.

– Get more daylight during the – well – day. “The more time you spend under the open sky, the less impressed your internal biological clock will probably be by artificial light at night,” Blume said.

Light boxes and other light therapy sources can help during the morning. But “if possible, use what’s free outside”, Blume said.