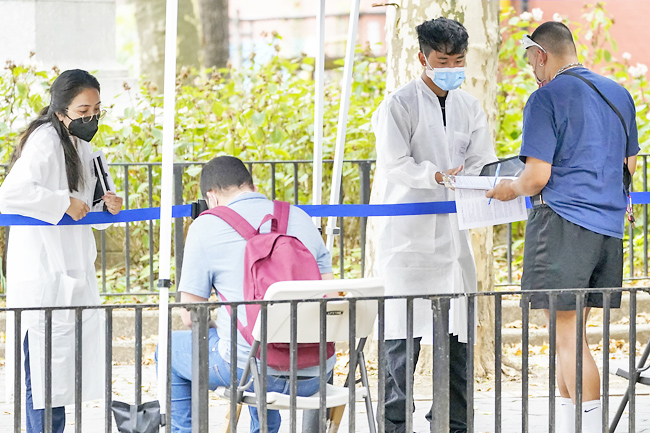 NEW YORK (AP) – Officials in New York City declared a public health emergency due to the spread of the monkeypox virus on Saturday, calling the city “the epicentre” of the outbreak.

The announcement on Saturday by Mayor Eric Adams and health Commissioner Ashwin Vasan said as many as 150,000 city residents could be at risk of infection. The declaration will allow officials to issue emergency orders under the city health code and amend code provisions to implement measures to help slow the spread.