The Ministry of Culture, Youth and Sports (MCYS) marked the new Islamic year of 1444 Hijrah with a ceremony at Sarmayuda Hall of the Language and Literature Bureau (DBP) at Jalan Airport Lama, Berakas yesterday.

The event coincided with a Doa Selamat and Dikir Marhaban ceremony for returning staff who performed the haj pilgrimage.

The chairman of the event Deputy Principal of Brunei History Centre Hanafi bin Haji Salleh gave a speech about learning from past, highlighting that the new Islamic year is celebrated to appreciate Prophet Muhammad’s (pbuh) migration from Madinah to Makkah. 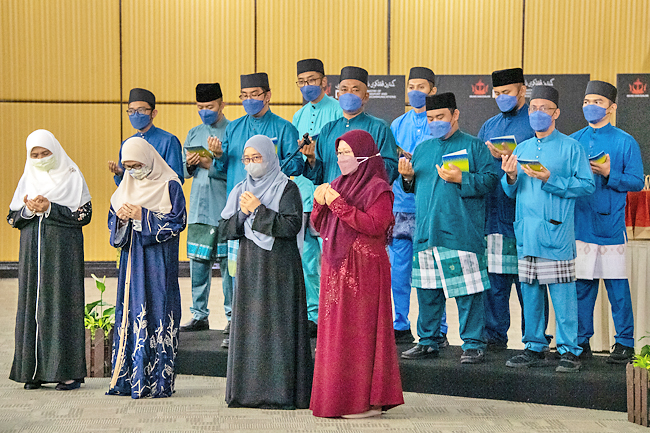 The Ministry of Transport and Infocommunications (MTIC), and the departments and authorities under it, also marked the Islamic new year of 1444 Hijrah while welcoming officers and staff who have returned from the haj pilgrimage at the ministry building’s Amar Pahlawan Hall yesterday.

The ceremony was organised by the Land Transport Department.

The ceremony commenced with the recitation of Surah Al-Fatihah and Tahlil, followed by a talk on ‘Memahami Erti Hijrah’ by lecturer from Religious Teachers University College of Seri Begawan (KUPU SB) Dr Nazirul Mubin bin Ahad.