YANGON (AFP) – Myanmar police have arrested 12 suspected members of a human trafficking gang linked to the deaths of 13 Rohingya, the military said.

Police raided a compound in Hlegu town near the commercial hub Yangon on December 9, seizing five vehicles and an oil tanker used in the trafficking, the junta said on Tuesday.

The gang had trafficked 255 “Bengalis” from western Rakhine state it said, using a pejorative word for the minority, who face widespread discrimination in Myanmar.

It did not say what their final destination was. Thirteen Rohingya found dead on a roadside near Hlegu on December 5 were linked to the ongoing investigation into the gang, it said.

The statement did not give details how they had died but a Rohingya source and local media said the group had been travelling inside the oil tanker.

Nineteen other Rohingya waiting for traffickers to take them on the next leg of their journey were detained in the raid on the compound in Hlegu.

Hundreds of thousands of Rohingya fled a military crackdown in Myanmar in 2017, arriving in neighbouring Bangladesh with harrowing stories of murder, rape and arson.

The Rohingya still in Myanmar are widely seen as interlopers from Bangladesh and are largely denied citizenship, many rights and access to healthcare and education.

Rights groups said they face arrest and prosecution for attempting to travel between townships, or outside of Rakhine state. 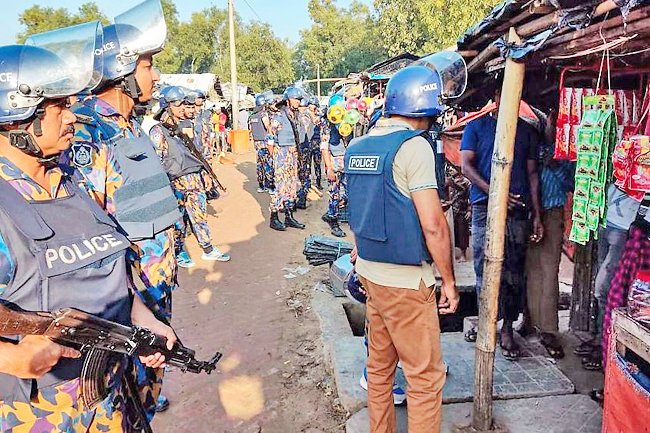