PHNOM PENH (AFP) – Myanmar’s junta leader has not been invited to a regional summit next month, host Cambodia said yesterday, in a fresh diplomatic snub for the isolated military regime.

The ASEAN has led diplomatic efforts to resolve the turmoil that has gripped Myanmar since the military seized power last year.

But there has been little progress on a “five-point consensus” agreed with the junta, and its leader and ministers have been shut out of recent meetings of the 10-member regional bloc.

Linking the invitation to “progress in the implementation of the Five-Point Consensus”, a Cambodian foreign ministry spokesman said the junta had been invited to “nominate a non-political representative for the upcoming ASEAN Summits”.

This means junta chief Min Aung Hlaing would not be allowed to attend, just as his top diplomat was barred from foreign ministers’ gatherings in Phnom Penh in February and August.

The five-point plan, agreed in April last year, calls for an immediate end to violence and dialogue between the military and the anti-coup movement. 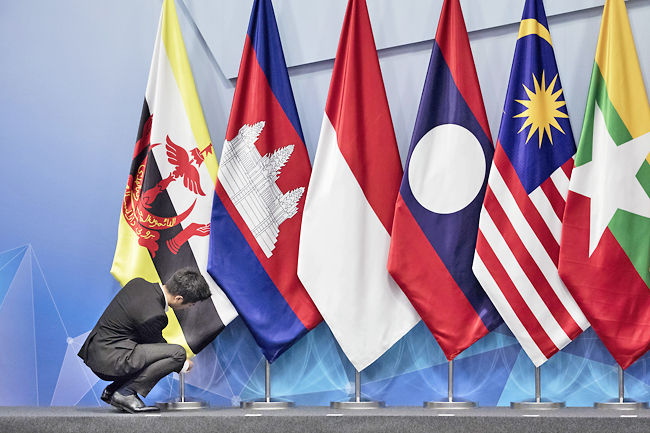 There is growing dissatisfaction within ASEAN at the Myanmar generals’ stonewalling.

The junta’s execution of four prisoners in July, in defiance of widespread international calls for clemency, caused further anger.

August’s meeting of ASEAN foreign ministers ended with a rare condemnation from the bloc for the junta’s actions.

The ministers said they were “deeply disappointed by the limited progress in and lack of commitment of the Naypyidaw authorities to the timely and complete implementation of the five point consensus”.

ASEAN’s own envoy tasked with brokering peace has admitted the scale of the task, saying “even Superman cannot solve” the crisis.

The regional bloc’s snub comes as Washington attempts to exert more pressure on the junta through the United Nations (UN), following outrage over an air strike that killed 11 schoolchildren last month.

Myanmar is planning fresh elections in August next year, but Chollet warned there was “no chance” they could be free and fair.

The junta has justified its power grab pointing to alleged fraud in the 2020 elections, which Suu Kyi’s National League for Democracy party won easily.

A military crackdown on dissent in the wake of the coup has left more than 2,300 civilians dead, according to a local monitoring group.